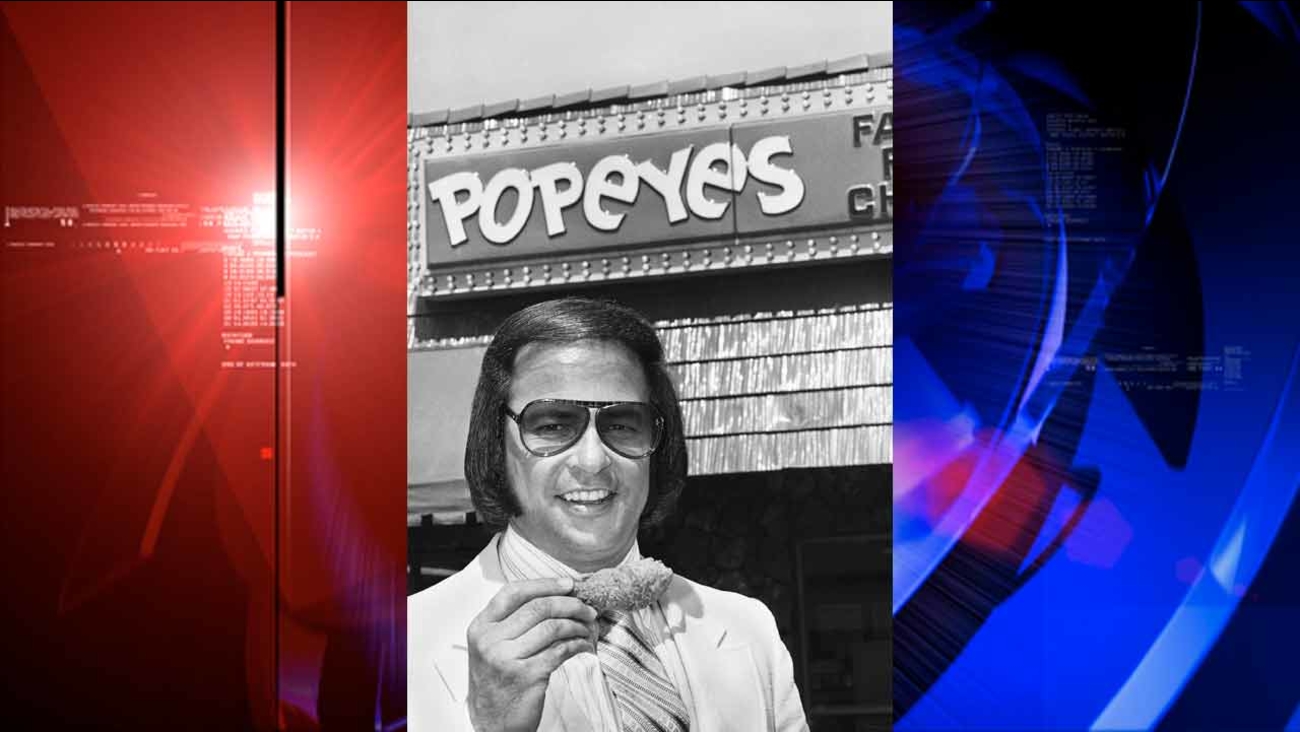 AP
NEW ORLEANS -- The Atlanta-based company that franchises Popeyes fried chicken restaurants has purchased the recipes for many of its dishes for $43 million from a Louisiana-based seasoning company owned by the estate of Popeyes' founder.

Popeyes Louisiana Kitchen Inc. said in a statement that the deal eliminates the $3.1 million annual royalty the company was previously scheduled to pay Diversified Foods and Seasonings until 2029.

Al Copeland Sr. founded what became the Popeyes chain in 1972 in a New Orleans suburb. He lost the company in a 1990s bankruptcy case after his ill-fated acquisition of the competing Church's chicken chain in 1989.

However, he retained the exclusive contract to supply spices to Popeyes through Diversified Foods and Seasonings. Copeland family businesses also include casual dining restaurants in the Southeast.

"With the cooperation of the Copeland family, this transaction now brings important intellectual property - Popeyes' core recipes - under brand ownership for the first time in our company's history," Popeyes CEO Cheryl Bachelder said Monday evening in the news release.

Diversified Foods and Seasonings, based in Madisonville, will continue to supply Popeyes with products.

"Reuniting the recipe with Popeyes strengthens the relationship between the Copeland family and Popeyes. The transaction will allow DFS to focus on what we do best for Popeyes, producing and innovating the highest quality products, including cooked foods, spices, and breading systems," Al Copeland Jr., chairman of the board of Diversified and of Al Copeland Investments, said in a statement.

Al Copeland Sr. named the original Popeyes after a detective in the movie "The French Connection." The spicy chicken in the suburb of Arabi was a hit and Popeyes grew to become the nation's third-largest chicken chain.

When the Church's deal was closed in 1989, Copeland expected to sell high-yield "junk bonds" to repay the loans. But the collapse of the junk bond market and an economic slowdown put pressure on the company's finances.

In New Orleans, Copeland was as well known for a flamboyant lifestyle - speedboat racing, a lavish annual Christmas light display at his home and multiple marriages - as for his businesses. He died of cancer at age 64.