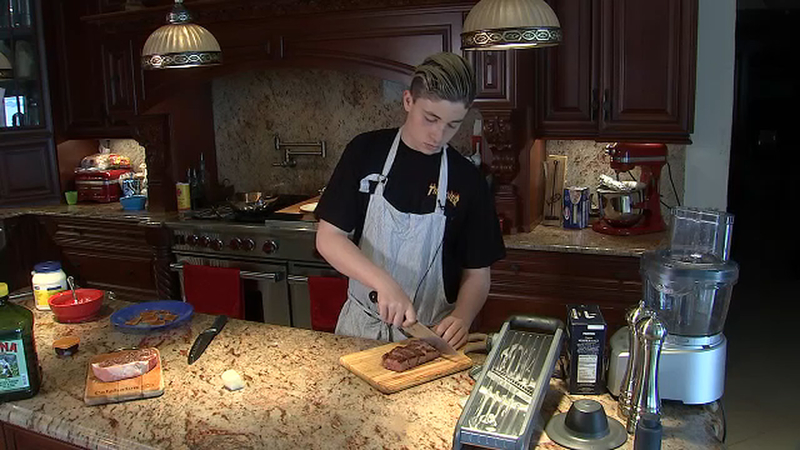 STATEN ISLAND, New York City (WABC) -- Some people know what they want to do at an early age, and some actually start doing it.

Liam Dertinger, of Staten Island, has loved to cook since he was a boy. Now 15, he's already making it big in the culinary world.

He definitely runs his family kitchen, but it's likely he will run some other kitchens in the near future. A year and a half ago, he won "Chopped Junior " on The Food Network, and now, he's headed to Paris to study at Le Cordon Bleu.

"It's hard to take in all at once," he said. "It's pretty amazing I got into such an exclusive program that's been around for such a long time...It's really empowering and honoring to know that I was selected at such a young age."

He is the youngest person to ever attend the cooking school, with Le Cordon Bleu representative Philippe Rocheron saying, "Despite his young age, the admissions jury was impressed and reassured by Liam's professional experience."

He will attend the school for three consecutive summers, while the remainder of the year, he will attend Brooklyn Tech. He hopes to open his own restaurant by the time he's 21.

He first got the cooking bug helping his mom in the kitchen at age 7. Now, she and the rest of the family are his taste testers.

Liam's mother will be joining him in Paris, as he is a minor. But she's thrilled for her young chef.

"He's incredible," she said. "(He) makes being a parent very easy."