Man behind Brooklyn candy company is a real-life Willy Wonka 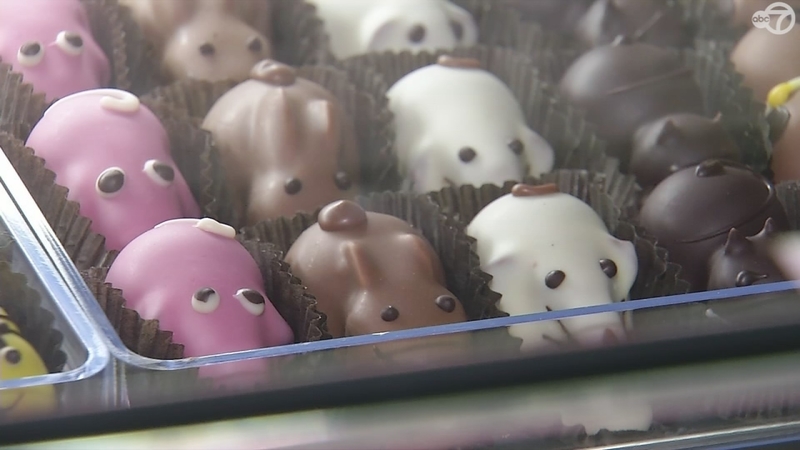 Brooklyn has it's own Willy Wonka

BUSHWICK, Brooklyn (WABC) -- Eugene J. had a steady job as a chemical engineer, but he gave all that up to live out a dream and open a candy shop.

He is the man behind Eugene J. Candy Co. in Bushwick. He's known as Brooklyn's own Willy Wonka, and some have even called him "Candy Warhol."

His tiny shop is stocked with candy classics like Abba-Zabba, and he also sells everything from chocolates to gummies in bulk. But his real passion is creating his own candy, which he believes is a form of creative expression. He created his own version of the popular Nerds, called Freaks, which he describes as, "big, textured, bumpy Nerds, made with natural flavors and colors."

While he's never had any formal training, he started making candy as a hobby. He tried making gummies and jellies to start, sitting down with store-bought candy to "reverse engineer it." Through trial and error, he came up with his own version.

He's working seven days a week, but he wouldn't change a thing because he's doing what he loves most and fulfilling a childhood dream at the same time.