Vegan French cuisine at 'Delice & Sarrasin' in the West Village 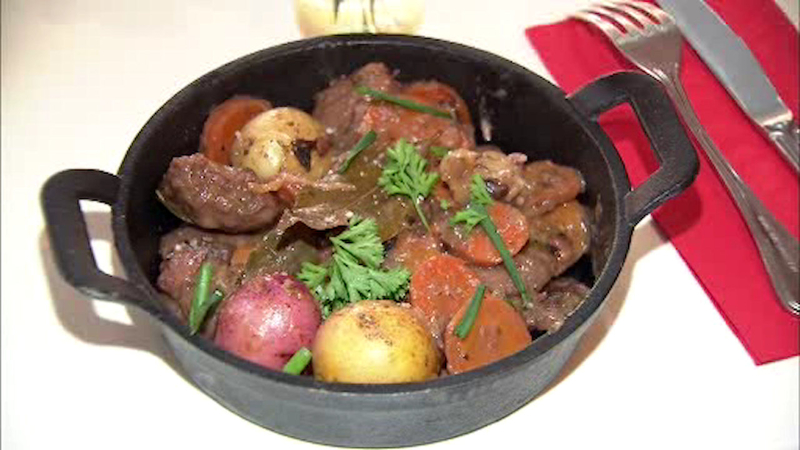 That was the challenge for an authentic French chef, to transform what we usually think of French cuisine, even vegan escargot.

The written menu looks familiar, the presentation familiar, but the ingredients in these dishes, that's the difference.

The chef gets very creative to make it all so convincing.

Neighborhood Eats heads to 'Delice & Sarrasin' at 20 Christopher Street in the West Village.

Well it's easy to think that 'Delice & Sarassin' is a standard French bistro. Escargot, foie gras, steak frites, but all of those dishes aren't exactly what they seem

"The menu is clear, it's vegan, but most of the people who come here don't really realize and at the end when they get dessert they see the detail and they say, 'Wait, that was vegan?'" Caron said.

Christophe Caron has been became vegan six years ago, right around the time he moved to New York.

Two years ago, he sent for his mother, Yvette.

Together they opened their jewel box of a restaurant, and she too is vegan.

She's using her own creation of vegetable fiber to recreate standard French dishes, like cassoulet.

"It has a wide variety of things you can choose from...vegan style," Caron said.

There are also crepes, galletes, made buckwheat or sarrasin flour - which is in the restaurant's name.

The beef bourguignon is another dish that could fool the heartiest meat eater. Again vegetable fiber is used to replace the meat. It's mixed with shallots, garlic, herbs, orange juice and red wine. Potatoes and carrots are added in. It all marinates overnight and is cooked on the stove top for several hours and voila.

"This has all the flavors of French cuisine without all the heaviness," a customer said.

"French cuisine is complex, so even though it's vegan, the recipes are complex as well, and this shows how the same complexity can be used vegan style," a customer said.

"People are really faithful, they always come to support, we have regular customers and it's a pleasure actually to serve them," Caron said.