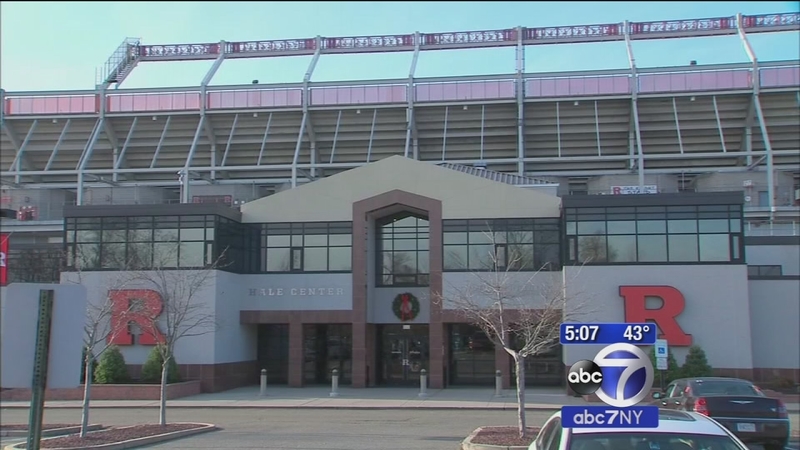 NEW BRUNSWICK, N.J. -- Rutgers fired football coach Kyle Flood and athletic director Julie Hermann on Sunday, stripping the athletic department of its most prominent employees after a season that was a failure on and off the field.

The mood was somewhat somber Monday on the Rutgers campus, but newly-hired athletic director Patrick Hobbs wants to change that quickly.

"I don't need to be a cop here," he said. "What I need to be is somebody who brings some change, hopefully leadership, that's welcomed by everyone."

Hobbs joins a department that is no stranger to controversy, amid allegations of failed drug tests, and seven football players were arrested for criminal behavior earlier this year. And just two years ago, head basketball coach Mike Rice was fired after an abusive video was released. In order to make a change then, Rutgers hired Hermann. Now, she and Flood are both gone.

Despite finishing 4-8, Flood seemed confident about his job status after Rutgers lost to Maryland on Saturday.

Flood's alleged actions involving an academically-ineligible player led to an internal university investigation and his suspension for three games this season. But Hobbs isn't focusing on the past.

And all is not gloom and doom. The women's soccer team is heading to the Final Four in North Carolina starting this weekend, and Hermann was on the field to congratulate them after beating Virginia is a shootout last Friday. The student body is anxious to see if the football team can get on track when a new coach is hired.
Related topics:
sportsnew brunswicksportsrutgers universitycollege football
Copyright © 2022 KTRK-TV. All Rights Reserved.
TOP STORIES
'Goodfellas' and 'Field of Dreams' actor Ray Liotta dies at 67
Onlookers urged police to charge into TX school: 'Go in there!'
Uvalde man says his daughter was killed trying to call 911 on shooter
3 homicides in 3 hours in Brooklyn, police search for gunmen
Car fatally hits 1-year-old girl, injures mother on Staten Island
AccuWeather: Clouds return, PM shower possible
Officials: Buffalo, Uvalde shooters allegedly abused animals
Show More
Uvalde school shooting: What we know about 19 kids, 2 teachers killed
Vigil held for 19 children, 2 teachers killed in TX school shooting
Trump loses appeal, must testify in New York civil probe
Adams meets with NYC business leaders in wake of subway shooting
Kevin Spacey charged in UK with 4 counts of sexual assault
More TOP STORIES News