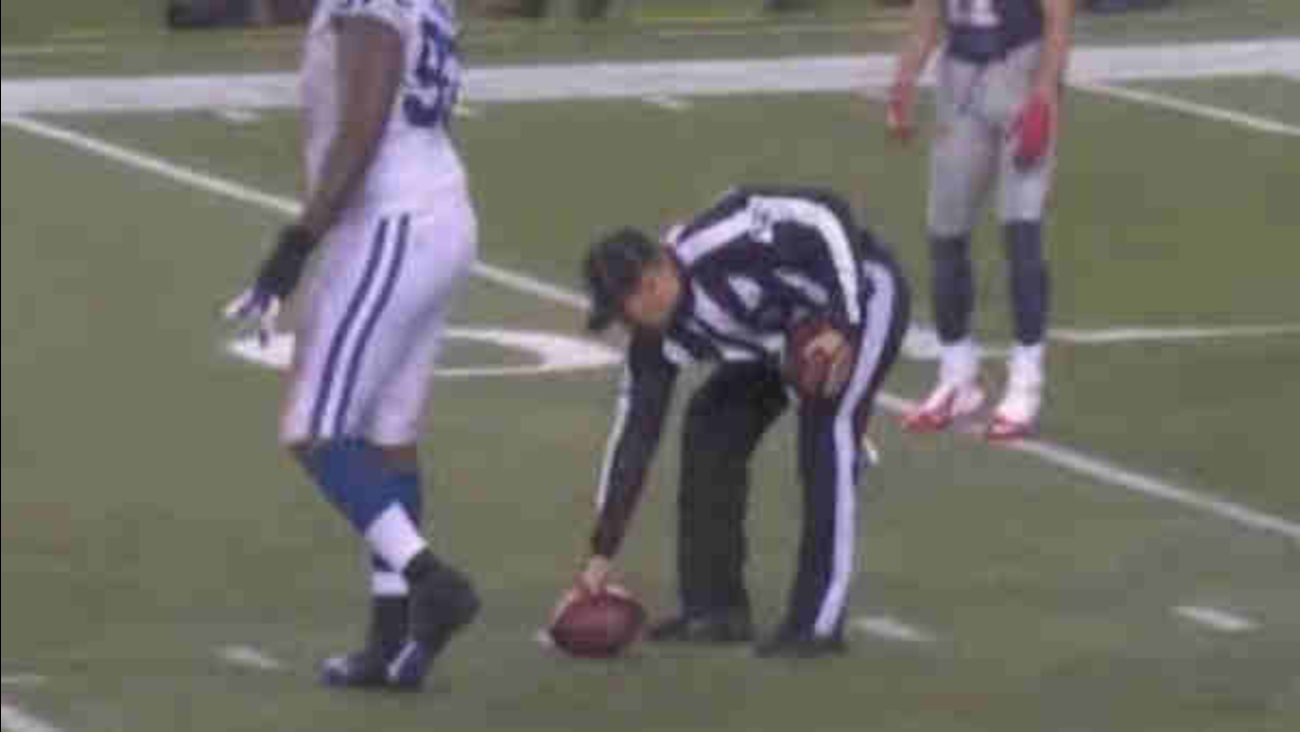 NEW YORK, NY (WABC) -- The NFL says its investigation into whether the New England Patriots used under-inflated footballs in the AFC championship game is ongoing after a report Tuesday night claimed the league found 11 balls were not properly inflated.

Vincent was responding to an ESPN report that cited anonymous league sources saying 11 of the Patriots' 12 allotted game footballs were under-inflated by 2 pounds per square inch of air. ESPN did not say how that occurred.

Vincent said earlier Tuesday he expected the probe to be concluded by the end of the week. The last thing the NFL wants after a difficult season off the field is a potential cheating scandal that disrupts Super Bowl week. New England faces Seattle on Feb. 1 in Glendale, Arizona.

The Patriots, who beat Indianapolis 45-7 for the AFC title, said they were cooperating with the league, and a Seahawks spokesman said the team would defer to the league on the matter.

Deflating a football can change the way it's gripped by a player or the way it travels through the air. Some quarterbacks and receivers prefer balls with less air or more air than the standard.

Under NFL rules, each team provides balls each game for use when its offense is on the field. The balls are inspected before the game by the officiating crew, then handled during the game by personnel provided by the home team.

Patriots quarterback Tom Brady said the investigation is the least of his worries. And tight end Rob Gronkowski tweeted a photo of himself spiking the ball with the words: "WARNING GRONKING MAY CAUSE DEFLATION."

Belichick, of course, was fined $500,000 in 2007 for having an assistant spy on the New York Jets' defensive signals.