WPVI
WASHINGTON TWP, New Jersey -- A forest fire continues to burn in Burlington County in the Pinelands of New Jersey on Sunday.

The fire was reported just after 2 p.m. Saturday in Washington Township and quickly grew to more than 5,000 acres, forcing a road closure and voluntary evacuations.

According to officials most of this area is woods; however, there are sporadic homes.

There were no evacuations overnight but the Chatsworth Fire Co. has been designated as a shelter.

Video from the Action Cam showed a large plume of smoke rising from the area Saturday.

Authorities shut down a six-mile stretch of Route 72 as they worked to get the fire under control.

There were voluntary evacuations in the nearby town of Chatsworth Saturday.

Officials say this blaze did not begin as a controlled burn as earlier reported.

There was no word as to what did spark the flames. 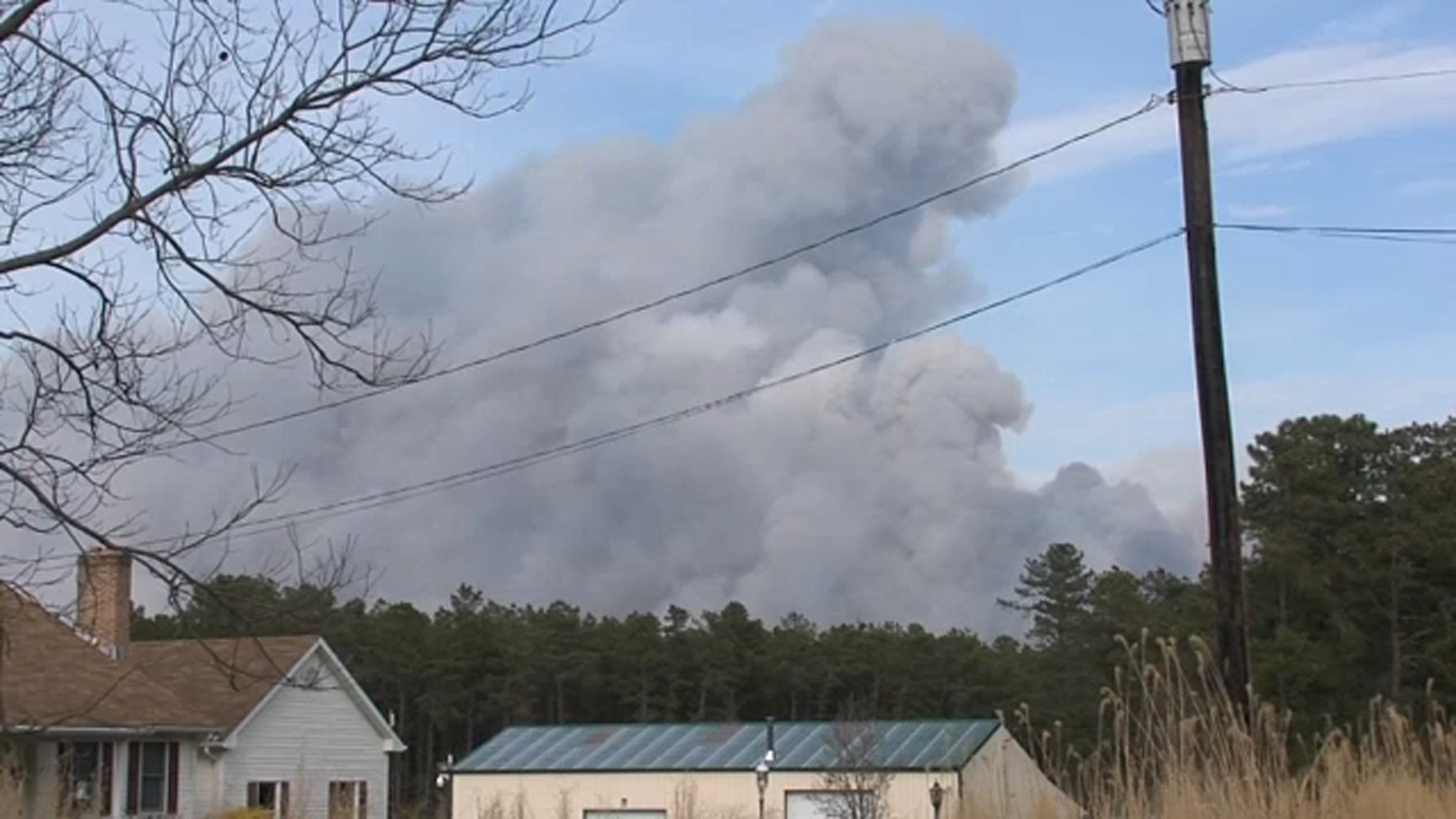 Officials said plumes of smoke were visible at least as far north as Freehold in central Monmouth County.