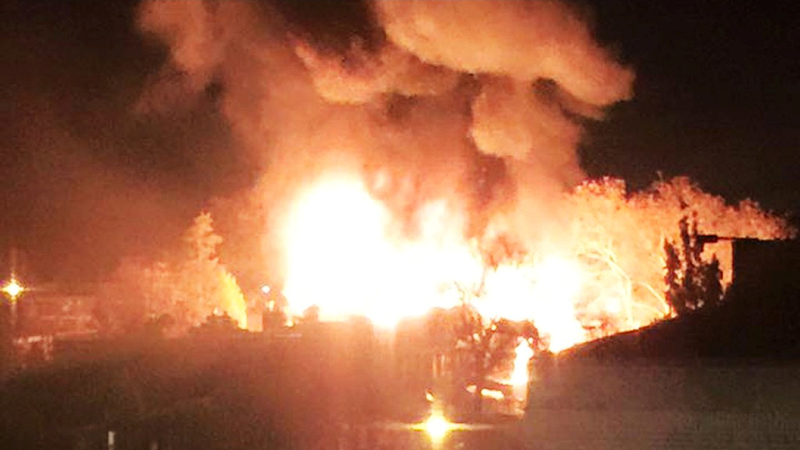 The most recent blaze happened Tuesday evening at a home that is under construction on 66th Avenue.

The fire is now under control, but arson investigators were still on scene Tuesday night.

Sean Lukach says he went door-to-door to nearby homes to make sure everyone got out safe.

"I smelled smoke from over there and I saw an orange hue, and as I was coming home I saw it and I just reacted off instinct," Lukach said.

Fortunately no one was injured, but fire marshals are now investigating with this marking the second home under construction to go up in flames in just the past 10 days.

The other home 68th Drive was deemed suspicious by the fire chief because of the large volume of fire.

The official cause of both fires remains under investigation.

Police tweeted out that they are investigating the circumstances of both fires.