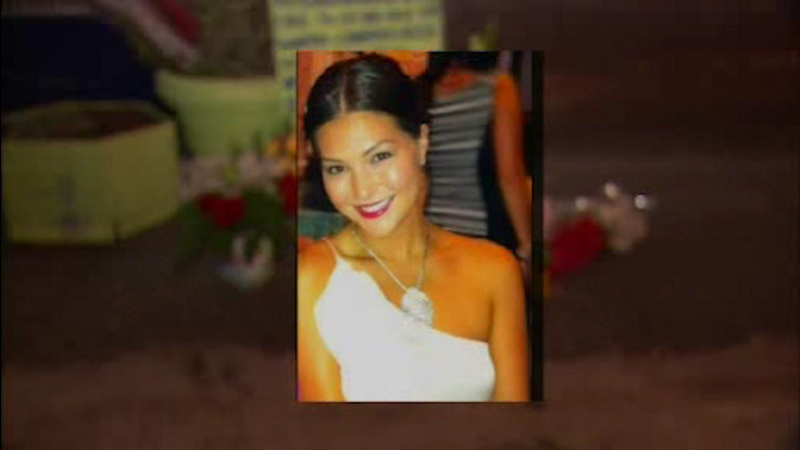 FORT GREENE, Brooklyn (WABC) -- There are new details about that deadly car accident in Brooklyn where the driver of an SUV jumped the curb.

The driver who was behind the wheel illegally, walked out of court without bail.

The family of the victim is still struggling to cope with her tragic death.
Marlon Sewell had nothing to say as he walked out of arraignment court Monday night. He was released without having to post a penny of bond and had a friend waiting to drive him away.

But as Sewell made his way home, Hank Miller could not believe his loss.

"Trying to come to grips with the loss of my baby sister," Miller said. "Oh wow, Victoria was amazing beautiful inside and out."

Victoria Nicodemus was just 30 years old and had a promising career in the art world.

Sunday evening, she was walking with her boyfriend, doing some holiday shopping in Fort Greene, when an SUV jumped the curb and killed her.

Surveillance video captured the beginning of the crash.

"Life is so fleeting, she's living a happy successful life one second and the next second it's snuffed out by a careless act," Miller said.

Prosecutors say Sewell had his license suspended because he failed to pay child support.

They said Sewell had been speeding on Fulton Street when he swerved to avoid one car, then again to avoid a bus, and wound up on the sidewalk.

And if there is anything to be learned from Sewell's story, it didn't get through to his friend, who pounded on the gas and sped away from court.

"You just have to wonder why are people in such a rush? Why are people driving without a driver's license and endangering people's lives like that?" Miller said.