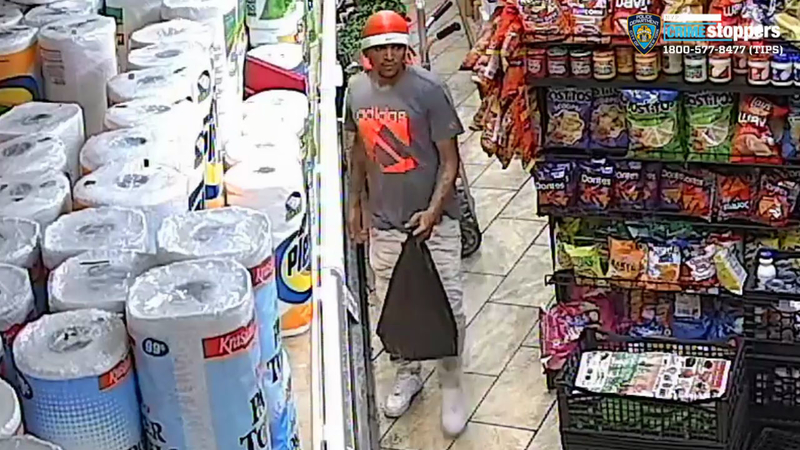 FOXHURST, Bronx (WABC) -- Police are searching for the man who attacked a Bronx supermarket manager during a robbery before coming back to spray the store's produce with an unknown substance.

The incident was reported Aug. 6 at 8:30 p.m. at the Antillana Fresh Meat Market on Westchester Avenue in the Hunts Point section.

Authorities say the suspect tried to steal soap and laundry detergent from the store.

General Manager Wilson Gomez gave chase and says when he confronted the suspect in the deli, it quickly became violent.

"He hit me with a cane on my arm," said Gomez. "Later when I defended myself he pulled out a knife and tried to attack me and another worker that was with me."

The suspect then returned to the market, knocked over multiple boxes of produce and sprayed the produce on display with an unknown liquid.

The victim suffered a cut to his forearm and was treated at the scene.

Workers say the same man had come into the store before and had many confrontations with the employees.