From Broadway to Hollywood, 'Freaky Friday' returns to The Disney Channel 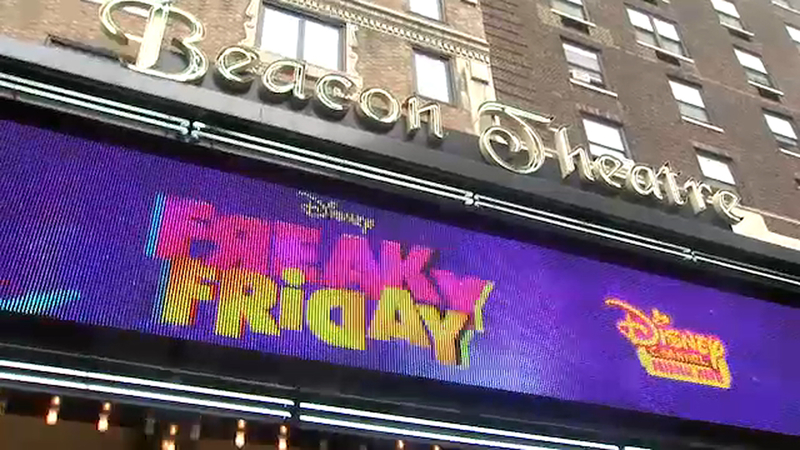 From Broadway to Hollywood, 'Freaky Friday' returns to The Disney Channel

UPPER WEST SIDE, Manhattan (WABC) -- Once again, a mother and daughter spend a day in each other's shoes. And what begins as a "Freaky Friday" ends with greater understanding of each other -- just as it has been since 1976.

One generation grew up seeing Jodie Foster switch places with her mom, while their kids spent that crazy day with Lindsay Lohan.

Dara Renee is proud to be part of the fourth movie, which premiered Monday evening at the Beacon Theater on Manhattan's Upper West Side. Cozi Zuehlsdorff is the latest to play the daughter who suddenly finds herself in her mother's body.

"It was amazing to be part of this legacy," she said. "And I also had to be sure to put no pressure on myself, because that would have compromised the performance. So I just went in and had fun, you know?"

The musical version began live on stage, where Heidi Blickenstaff played the mom -- a role she gets to repeat in the TV movie. She calls this a "miracle," because stage performers aren't typically called upon to do a movie version, even if their show is a hit.

"I had to learn how to act for the camera," Heidi said. "Which was like brand new, because I'd never made a movie before."

There were no barriers between Hollywood and Broadway at the premiere, as plenty of her Broadway friends came to wish her well -- including James Monroe Iglehart, of Disney's "Aladdin."

"Because people, they don't want this separation in entertainment," he said. "They just kind of want it to be one big family, and if they can't come to Broadway, they can see it on TV or see it on the screen. And everybody can be a part of it."

The musical was originally staged by Disney Theatrical's Tom Schumacher.

"For us, it's all about how you reach the audience," he aid. "And in the case of 'Freaky Friday,' when I imagine a few years down the road all these schools and community theaters doing this show, that's what really delights me."

While "Freaky Friday" might one day come to a school near you, in the meantime, the new TV movie premieres on The Disney Channel August 10.

The premiere was also a night out for members of the Boys and Girls Clubs in New York City.

The Disney Channel is owned by the same parent company as WABC-TV.