Grandfatherdies in tragic accident while teaching grandson how to ice skate 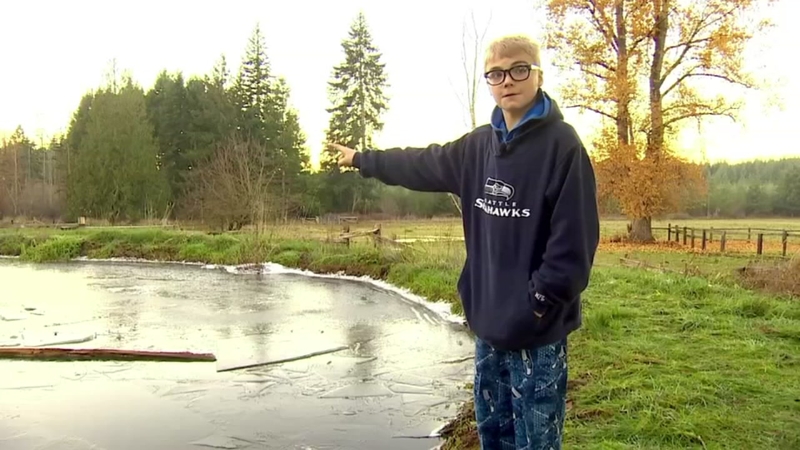 VAIL, WA -- A perfect day turned tragic in Washington state where a 78-year-old Navy veteran died while teaching his grandson how to ice skate.

Robert Doidge died Saturday when he fell through the frozen ice of a Vail pond, KOMO-TV reports.

Ryan Doidge, 11, was with his grandfather atop the icy pond at his Little Bit Ranch when he suddenly disappeared beneath the surface, his grandmother Gladys looking on from the shore.

"He comes around, he's coming around about here, I believe," Ryan Doidge says. "I'm over there. He turns his back, I turn my back. He's about where that pink float thing is and he falls in."

A neighbor helped the victim's wife work to rescue the man from beneath the ice using a fence railing, then a hose, and finally, a small boat.

The boy watched the frantic attempt to save his grandfather, numb from the cold water. It was too late.

Nearly 40 minutes later, emergency responders found Robert Doidge seven to 10 feet below the water. He died on his way to the hospital.

"I know he's at a better place. Otherwise I would be upset," Gladys Doidge says of her husband. "My grandson and I can handle things."