WABC
By Eyewitness News
THE BRONX (WABC) -- Funeral services were held Saturday for a hero who died saving people from the deadliest residential fire in New York City in decades.

Soldiers carried the coffin of 28-year-old Emmanuel Mensah out of Our Lady of Mount Carmel Church in the Bronx.

Thirteen people killed when a child playing with a stove ignited a blaze that tore through a five-story apartment building in the Belmont section in November.

Mensah, an Army solider, was home for the holidays after finishing basic training in Georgia. The private first class was staying in the building, and that night, as the flames raged, he got out safely. But he made the decision to go back to help his neighbors, and each time, he brought someone out of the building.

Then, he went back for more, saving at least four residents before he didn't make it back outside.

Mensah was honored Friday for going above and beyond the call of duty.
EMBED More News Videos

Diana Williams reports on how a hero who died in a tragic fire in the Bronx was honored with medals of valor.

His family gathered at Fordham University, where they were presented with the Soldier's Medal, the Army's top award for valor outside of combat, and the New York State Medal for Valor, the state's highest military award.

"He was the kind of guy who always wanted to help people out," dad Kwabena Mensah said. "His courage and his bravery, I'm always going to carry that with me."

Emmanuel Mensah, a permanent legal resident, emigrated to the U.S. from Ghana with his family. He enlisted in the New York Army National Guard in 2016.

"He had a lot of plans, he had a lot of aspirations," cousin Emmanuel Oppong said. "He wanted to serve his country, and I hope that his legacy will be remembered." 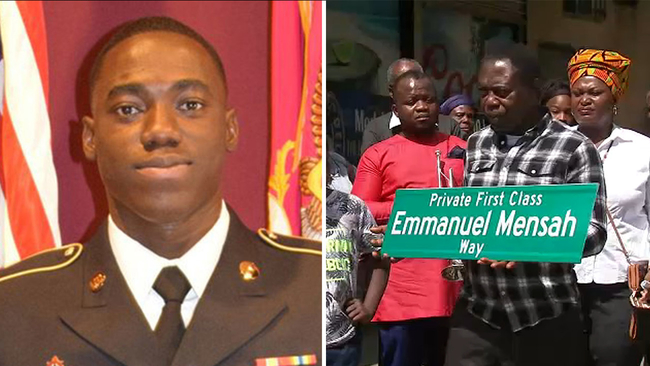 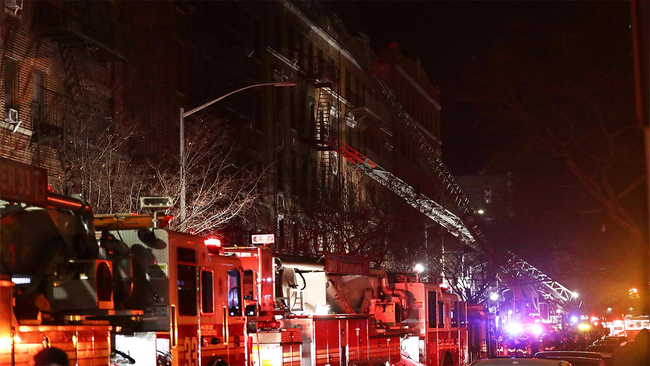