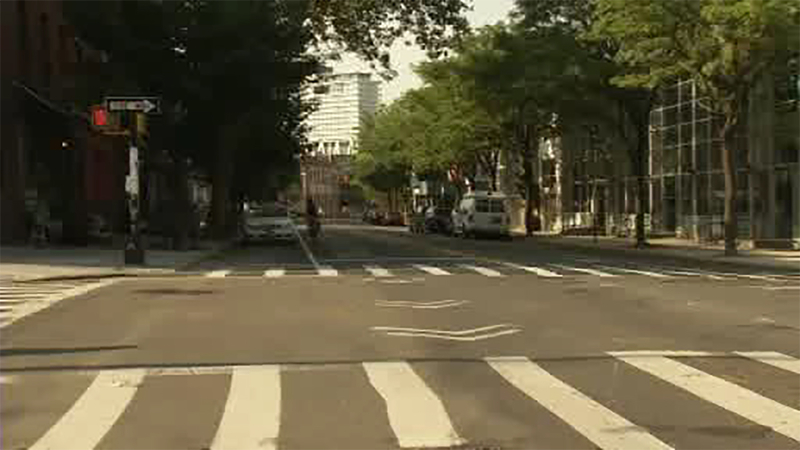 GREENPOINT, Brooklyn (WABC) -- Police are investigating after a bicyclist was fatally struck by a garbage truck in Brooklyn early Saturday.

At about 12:30 a.m., police responded to a 911 call of a motor vehicle collision involving a bicyclist struck in the vicinity of Franklin Street and Noble Street.

Officers observed a 27-year-old male bicyclist lying on the roadway with severe trauma about the body. He was pronounced dead at the scene.

The NYPD Highway Unit's Collision Investigation Squad determined that the bicyclist was riding along Franklin Street when he was struck by a garbage truck.

The vehicle did not remain at the scene, continuing along Franklin Street, according to the NYPD.

Police say it is possible that the driver of the private sanitation truck did not know he had struck the bicyclist.

The garbage truck was green with white and yellow writing.

An electronic sign has been posted at the intersection asking anyone with information to come forward.