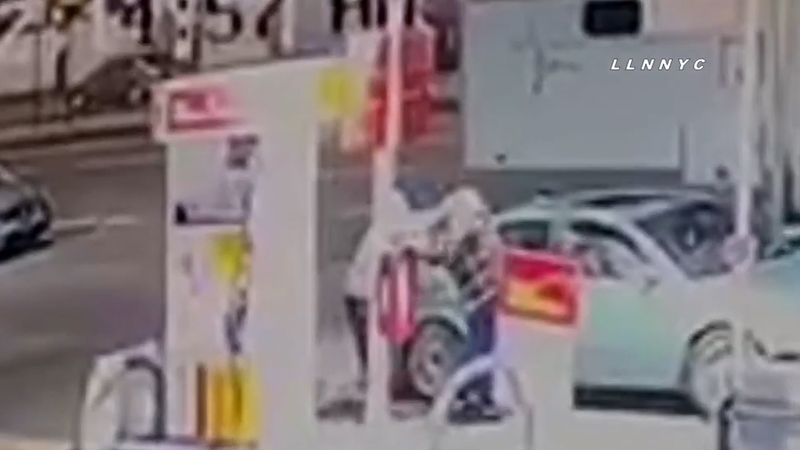 OZONE PARK, Queens (WABC) -- Police in Queens are searching for a man who slashed a gas station worker early Tuesday.

It happened at the Shell gas station on Atlantic Avenue in Ozone Park around 2:30 a.m.

Authorities say 65-year-old Sabbir Chowdhury was pumping gas for a customer who suddenly kicked and punched him before slashing him above the left eye.

Chowdhury also grabbed the knife and suffered a cut to his hand. The suspect then grabbed $70 from the victim's pocket and fled scene.

The victim was taken to Jamaica Medical Center in stable condition.

"Right now, he's doing alright, he has to get stitches," Remi Chowdhury said. "He's in the hospital with my brother right now."

He has since been released and is recovering at home, but his son says he is traumatized and in pain.

The slasher is described as a Hispanic man wearing all gray. He fled in blue Audi A4 southbound on Woodhaven Boulevard.