A photographer looks at 'Generation Wealth' 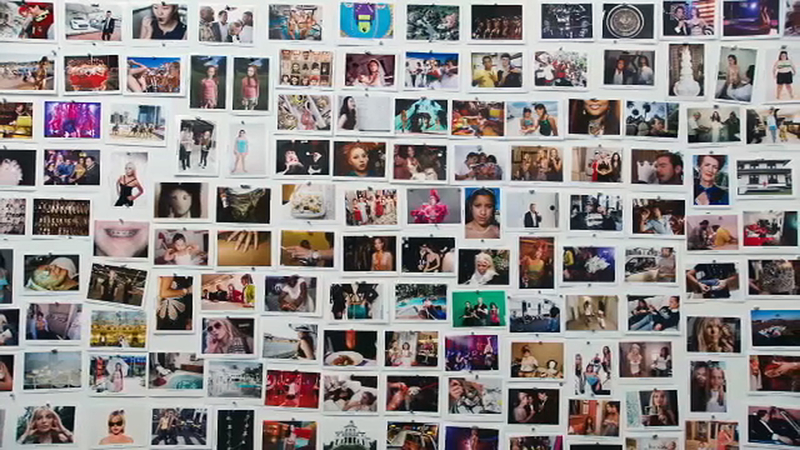 A photographer looks at 'Generation Wealth'

NEW YORK (WABC) -- Long before complaints about the gap between rich and poor became so common, a photographer aimed her lens at the world of the richest 1 percent.

We've all been told that money doesn't buy happiness, but as we see in a new documentary, the folks in Lauren Greenfield's pictures have ignored that warning.

Her mission is simple, to figure out why our obsession with money has grown, and Greenfield has spent the past 25 years watching people chase the American Dream.

"No matter how much people had, they still wanted more," she said.

"We do meet a lot of extreme characters and people in extreme situations, because in a way, we need to have that to have a mirror on ourselves," Greenfield said.

And she is not afraid to look in her own mirror. She said reviewing so many of her photographs to make the film, "Made me really think about my relationship to my work, and how I'm always wanting more there, and the consequence that has for my family."
Hope comes in the form of a woman named Mijanou, who appears in the photographer's first book hanging out with rich kids even though her family wasn't wealthy.

"It was a kind of a thing where you're pretty, so you can be our friend," Mijanou says in the documentary.

She lives in the country now, where she is raising her daughter without TV. And that is definitely by design.

"What we see in the film is the antidote in a way to Generation Wealth is coming back to what matters," Greenfield said. "Family, friends, community, love, values, and meaning in your life."

So this is a wake-up call that also happens to be very entertaining.

"We are dancing on the deck of the Titanic," Greenfield said. "But there's also the possibility for change."