Ahead of the meeting a year after their loved one's murder, George Floyd's brothers spoke about what they hope to accomplish with the visit.

That's how one of the brothers of George Floyd described the feeling of going to the White House to meet President Joe Biden, one year after Floyd's murder.

"I had to wake up this morning and say a prayer. I'm excited, optimistic, nervous. It's just so many emotions because it's one year later," Terrance exclusively told ABC13 ahead of the meeting on Tuesday.

But beyond the talk, Biden has yet to offer concrete action for the family of the man whose murder at the hands of a white Minneapolis police officer sparked a global reckoning over systemic racism and movement for police reform. The path forward on Capitol Hill for Floyd's namesake bill, the George Floyd Justice in Policing Act, remains unclear, but negotiators say they've made progress and expressed optimism this week about its prospects.

The act would ban chokeholds by federal officers and end qualified immunity for law enforcement against civil lawsuits, as well as create national standards for policing in a bid to bolster accountability. It passed the House in March, but faces a much tougher road in the evenly-divided Senate. The biggest point of contention remains the issue of ending qualified immunity, which shields officers from legal action taken by victims and their families for alleged civil rights violations.

It's a high-profile legislative fight where Biden has notably taken a backseat, preferring to leave the work of hammering out a compromise to lawmakers on Capitol Hill, in contrast to his fevered advocacy, both public and private, for his infrastructure bill and the COVID-19 relief package.

Terrance spoke about his hopes of the meeting.

"Out of today, I'm glad to be having the chance to sit down with President Biden and Vice President Kamala Harris. What I look to get out of this experience is to have a nice conversation and let them know how we feel as a family," Terrance began. "First, to thank them for the efforts they've tried to make with this bill and the efforts they continue to make with this bill."

"But also, I have a lot of questions. And I hope I get to ask them," Terrance said, adding that the main question is why the George Floyd Justice in Policing Act has yet to be passed. "This was an obvious case. So why not pass this bill? Why fight this bill? The more you fight this bill and don't pass it, the more my culture and people out here are dying."

In an exclusive interview with KTRK's Stefania Okolie, Terrance recalled the moment he learned of his brother George's death, caught on video.

He describes that he was going to a doctor's appointment on May 25, 2020, and received a video call from his sisters, who were hysterical.

"They tried to explain what was going on. I went on YouTube to look and at that present time, there were no name. They didn't have the name of the person that was murdered," Terrance said. "I just said, 'OK, that's what y'all had to show me? No problem.' But then I knew I recognized the voice. But I was like, 'No. No.'"

Terrance said that he later checked YouTube again, and that's when he saw his brother's name.

"I stood there in shock," he remembered, explaining that his neighbors asked him if he was OK. "I said, 'That's my brother.'"

"I broke down. They had to actually escort me back to my building. It was hard to grasp," Terrance added.

Floyd died after former Minneapolis police officer Derek Chauvin kneeled on his neck for more than nine minutes, while Floyd repeatedly said he couldn't breathe. His death sparked months of nationwide protests focused on systemic racism and a renewed debate over police reform in the U.S. Chauvin was convicted last month on multiple charges stemming from Floyd's death.

Back in Houston Tuesday night, Congresswoman Sheila Jackson Lee plans to host a commemoration event and balloon release at Cuney Homes in Third Ward, where Floyd grew up.

Then on May 30, the George Floyd Foundation will honor him with a concert at the Fountain of Praise Church, where Floyd's funeral was held, at 6 p.m. 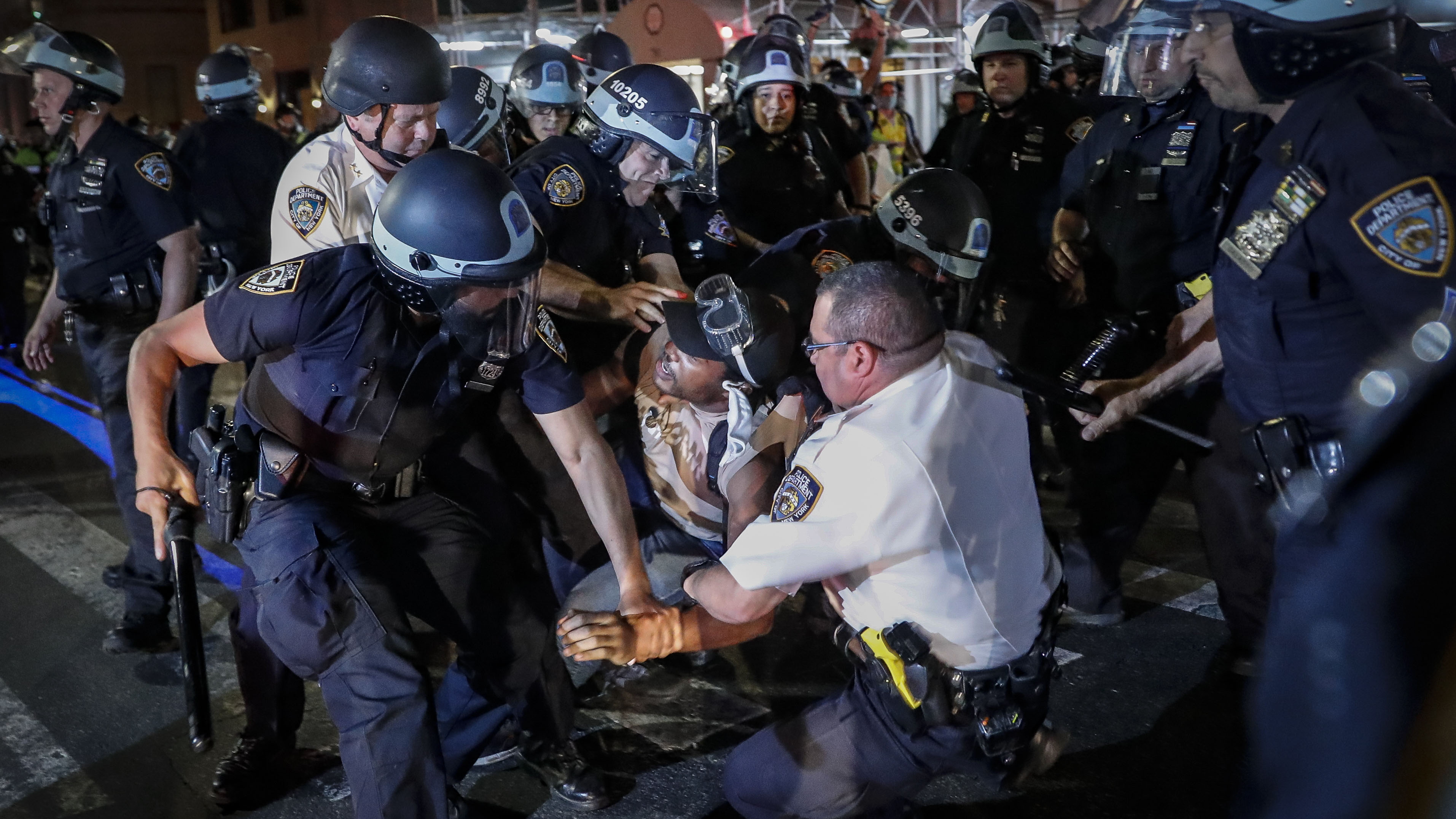 How the George Floyd policing bill would reform law enforcement