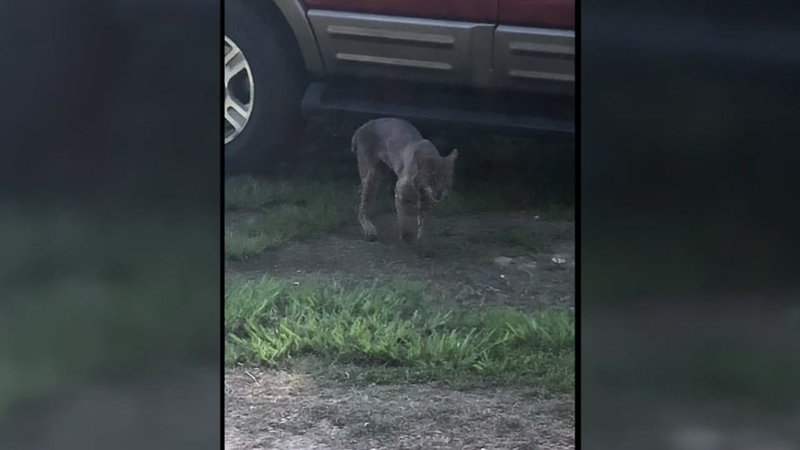 A Georgia woman says she killed a bobcat with her bare hands after she was attacked by the rabid animal.

In this wild story, Dede Phillips says she was heading out her front door when she saw a bobcat staring back at her near her truck.

Phillips said the bobcat attacked after she snapped a picture of it.

"As soon as it took the first step, I was in trouble and I knew it," Phillips said. "When it got to that pole, it leaped on me."

At that leap, Phillips said it was a fight for her life.

"I grabbed it by the shoulders and pushed it back away from me and I took it down right here."

The encounter ended when Phillips strangled the wild animal to death.

Due to the encounter, Phillips suffered broken fingers on both her hands and cuts and bruises all over her body.

According to authorities, the bobcat was rabid and Phillips will now have to undergo a series of expensive and painful shots.

Phillips says she grew up in the country, where her father-in-law was once a trapper of bobcats. As a result, she knew something about the animal's behavior.

Phillips says she was afraid of calling for help because her 5-year-old granddaughter was in the house.