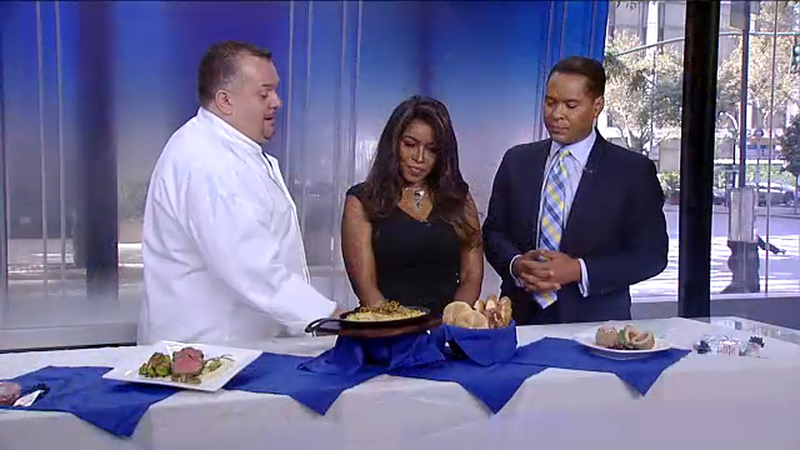 The German-American Steuben Parade will march up Fifth Avenue to 86th Street.

We received a taste of German cooking when Chef Albert Schmid joined us on Eyewitness News Sunday Morning.

Among his special dishes were Seared Filet of Venison with Pumpkin seed and herb crust on a fall mushroom jus with celeriac puree and Brussels sprouts, Traditional German Cheese Spaetzli with crispy butter onions and roasted bacon bits served in a small cast iron pan, and Sweet Bavarian Potato dumplings filled with plums and rolled in hazelnut and cinnamon crumbles, served on a wood berry ragout.

The German-American Steuben Parade is held annually on the third Saturday in September.

It was founded in 1957 by German immigrants and German-Americans - one of the largest ancestral groups living in the United States, who wanted to keep the traditions of their homeland alive.

They named the Parade after Friedrich Wilhelm von Steuben, a Prussian-born General who served with General George Washington in the American Revolutionary War.