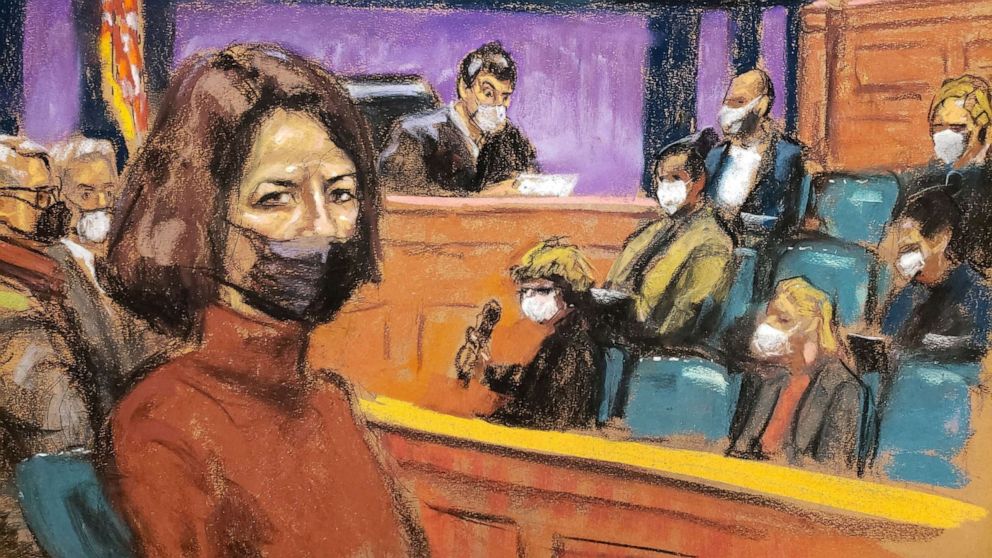 Ghislaine Maxwell, the convicted accomplice of deceased sex-offender Jeffrey Epstein, formally asked a federal judge to grant her a new trial, contending in a sealed court filing late Wednesday that one of the jurors who decided her fate failed to disclose his own history of childhood sexual abuse, according to a person with knowledge of Maxwell's arguments seeking to have her guilty verdicts set aside.

The juror, who has been identified in court records as "Juror No. 50," answered "no" when asked on a pre-trial jury questionnaire if he, a friend or family member had even been the victim of sexual harassment, sexual abuse or sexual assault, according to the source.

The juror, a 35-year-old Manhattan resident, granted several interviews in the days following Maxwell's convictions in late December. Identified in media reports using his first and middle names, Scotty David, he told Reuters, The Daily Mail and The Independent, that during a critical stage of deliberations, he shared his experiences of being sexually abused as a child. He claimed in interviews that his personal reflections helped convince some skeptical jurors that key prosecution witnesses -- the four women who testified about Maxwell's role in their sexual abuse -- could be believed.

"I know what happened when I was sexually abused. I remember the [color] of the carpet, the walls. Some of it can be replayed like a video," he said in an interview with the Independent. "But I can't remember all the details, there are some things that run together.

Maxwell, 60, was convicted last month on five felony counts, including sex trafficking and conspiracy to entice minors to travel for illegal sexual activity between 1994 and 2004. Prosecutors portrayed Maxwell and Epstein, who died by suicide in 2019 while awaiting trial for child sex-trafficking, as "partners in crime who sexually exploited young girls together."

Maxwell's lawyers, who structured her defense case largely on challenges to the reliability of her accusers' memories, contend that if the juror had disclosed his history of child sexual abuse during jury screening, he almost certainly would have been removed from consideration.

The source noted that 145 potential jurors answered "yes" when asked on the questionnaire if they had been a victim of sexual abuse or sexual harassment, and none of those people were seated on the final panel of 12 jurors and five alternates.

Shortly after the juror's interviews were published in early January, federal prosecutors asked U.S. District Judge Alison Nathan, who presided over Maxwell's criminal trial, to oversee an inquiry into the public statements attributed to the juror.

"While the Court instructed jurors that they were free to discuss their jury service with anyone of their choosing, some of the statements, as related in the media, merit attention by the court. In particular, the juror has described being a victim of sexual abuse," the letter said.

The government also proposed that Judge Nathan contact the juror and offer him a court-appointed attorney, a suggestion Maxwell's lawyers contend was intended to discourage the juror from any further public statements.

Todd Spodek, a New York attorney who now represents the juror, did not reply to a request for comment.

Judge Nathan has ordered the government to respond to Maxwell's motion by early next month. She has yet to decide if a court-supervised inquiry into the juror's alleged misconduct is warranted.