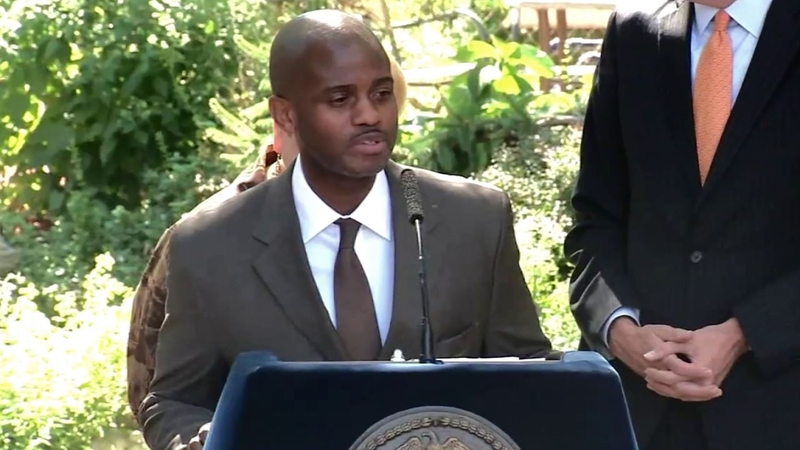 NEW YORK -- The head of New York City's beleaguered Homeless Services agency is stepping down amid a stubborn rise in homelessness that has become a significant political problem for Mayor Bill de Blasio.

Gilbert Taylor, who was appointed commissioner of the Department of Homeless Services when de Blasio took office in January 2014, announced Tuesday he is resigning his post at year's end. His sudden departure comes as part of an overhaul of the department that has struggled to combat the rise in homelessness in the nation's largest city.

"Tackling homelessness is an urgent priority," de Blasio said in a statement announcing a comprehensive review of the department. "We must also guarantee that the organizational structure is best positioned to deliver these services and operate these programs."

Nearly 58,000 people are living in New York's homeless shelters, according to statistics released by the city this week. More than 23,000 of them are children. An additional 3,000 or so people are estimated to be living on the city's streets.

The numbers are down slightly from a peak last winter but still up from when de Blasio took office. His critics have seized upon the rise as evidence that the mayor's liberal policies are failing those who need the most help.

Some highly visible examples of homelessness have become a regular sight in the city's tabloids and on local TV newscasts, and a poll released last month showed that nearly two-thirds of New Yorkers disapproved of how de Blasio has handled the issue. The mayor's overall approval ratings have also sunk, now topping out in the low 40s in several recent polls.

Moreover, it's become the latest front in the ongoing cold war between de Blasio and Gov. Andrew Cuomo, who has suggested that the state will intervene to manage the problem because the city hasn't been able to.

Mayoral aides have touted the steps the city has taken to manage the issue, including a $2.6 billion investment to pay for the creation of 15,000 "supportive housing" units for the homeless - apartments that will be paired with on-site social services to help domestic abuse victims, veterans, drug addicts and those living on the street. The city has also repaired dozens of shelters, cleaned up unsafe homeless encampments and created beds for the homeless in houses of worship.

"There is never a good time to leave a position such as this one," said Taylor in a statement. "I feel good about how far I have been able to advance the work of this agency and committed to working with this administration to assist with this transition."
Related topics:
new york cityhomelessnew york city news
Copyright © 2022 by The Associated Press. All Rights Reserved.
TOP STORIES
1 NYPD officer killed, another critical after shooting in Harlem
Laundrie claimed responsibility for Petito's death, FBI says
NY school mask mandate could be ending, state positivity under 10%
NYC investigating after 3 dogs die following visit to same park
Vigil marks birthday of 1-year-old girl shot in the face in NYC
'He didn't deserve that': Family mourns slain NJ honor student
LI teacher who administered at-home COVID vaccine to teen faces felony
Show More
AccuWeather: Sunny but cold
Fat Joe holding fundraiser this weekend for Bronx fire victims
One NYC landlord's answer to a broken boiler? Space heaters
Louie Anderson, Emmy-winning comedian, dies at 68
How to get reimbursed for at-home COVID tests
More TOP STORIES News