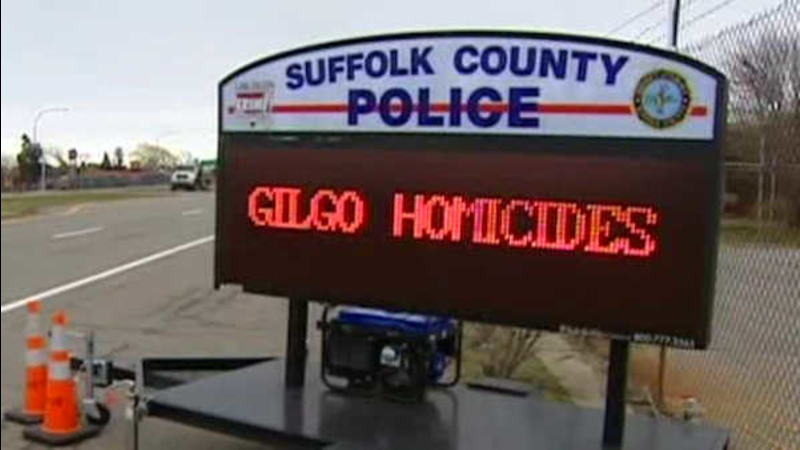 YAPHANK, Long Island (WABC) -- On the five-year anniversary of the discovery of the first remains linked to the Gilgo Beach killings, Suffolk County police are joining forces with federal officials and other law enforcement in hopes of cracking the case that has remained stagnant.

It's a series of cases that in a way have haunted the Suffolk County police department since 2010: The discovery of 10 sets of human remains in and around Gilgo Beach between 2010 and 2011.

Now the Suffolk County Police Department says it's enlisting the help of the FBI to try to solve the mystery.

"Bringing the FBI to the table with all their resources and expertise is a step in the right direction," said Suffolk County Deputy Police Commissioner Timothy Sini.

While 5 of the victims have been identified, there are at least 3 which have not.

The Deputy Commissioner for the Suffolk police department says don't be mistaken, investigators have never stopped working on the case.

"We're here today because we think it's important to let the public know we are doing everything we can to solve these murders," said Sini.

"The Suffolk County police department has new leadership, for example a new commissioner and deputy commissioner," a county official said. "Both have extensive experience in other law enforcement agencies, including the NYPD and DEA. They come from U.S. attorneys office, where they investigated and prosecuted a number of cold cases and murder trials. They bring a fresh look into the department as a whole and bring a network that spans across a number of law enforcement agencies and levels."

John Ray, the attorney for the family of Shannan Gilbert, one of the women whose bodies was found, says he's been asking for the FBI to get involved since day 1.

Previously, Suffolk police declined most outside investigative assistance in the Gilgo Beach case, even stating they would no longer comment on the case unless they had new information.

Friday will mark five years since the bodies definitively linked to the killer began to be uncovered.

Six more bodies were found in March and April of 2011.