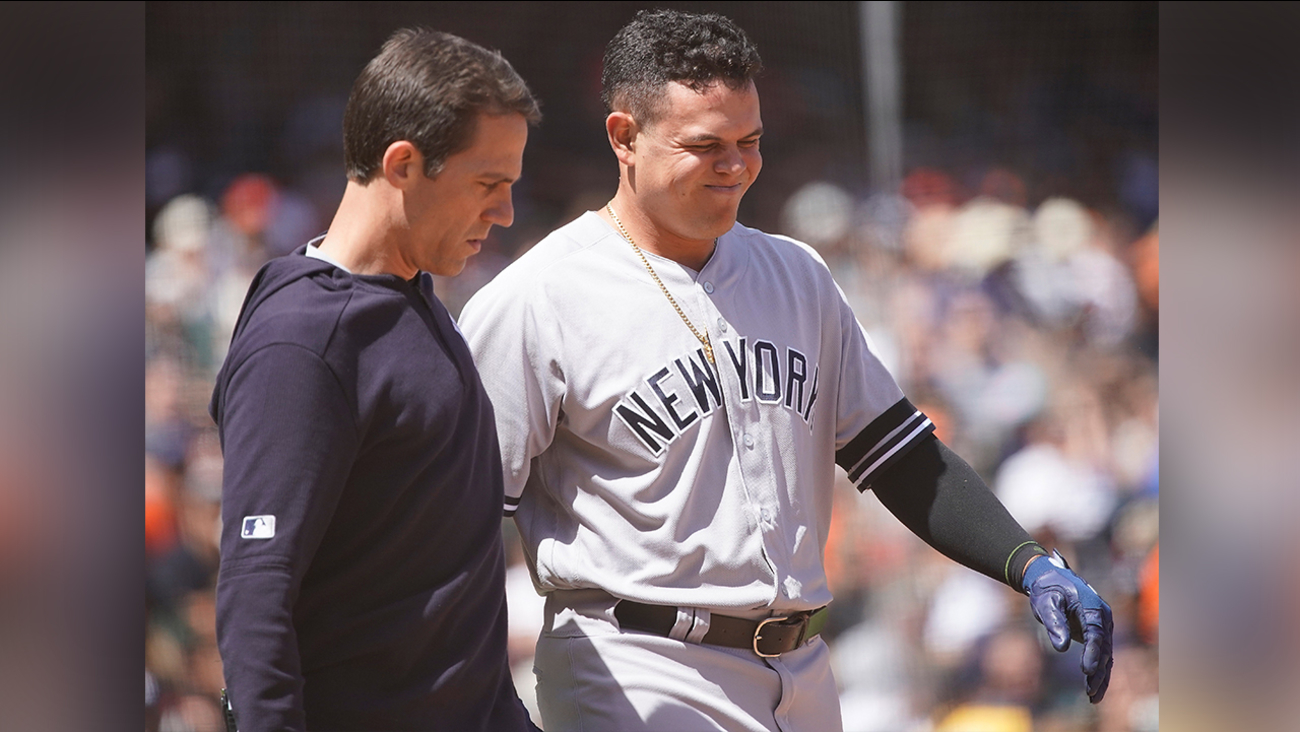 NEW YORK (WABC) -- The hot-hitting Gio Urshela is the latest Yankee to go down with an injury after taking a fastball to the wrist in Sunday's win against the San Francisco Giants.

If it seemed like no pitcher could stop Urshela's hot streak at the plate, it's because no one could.

It took a fastball to Urshela's left wrist in the top of the 5th inning on Sunday to slow down the third baseman, but not before he recorded a pair of singles against Giants' pitcher Dereck Rodriguez.

The Yankees removed Urshela from the game along with second baseman DJ LeMahieu, who exited in the third inning due to knee inflammation.

According to Yankee manager Aaron Boone, both x-rays came back negative, but it's not yet certain what their status will be for Tuesday's game when the Yankees begin their two-game series with the Arizona Diamondbacks.

Considering where Urshela began the season, any prolonged absence would be a huge blow for both the team and the infielder.

One month ago, Urshela would have been lucky to make it out of spring training with the big league club. He didn't -- but the impression made by the career utility man, who batted .321 with an OPS of 1.023 during the spring, undoubtedly led to his call-up when the big league club began sending players to the IL faster than Wile E. Coyote strapped to an Acme rocket.

Now it's the Yankees who are feeling lucky for inking the former Cleveland Indian and Toronto Blue Jay infielder to, what was at the time, an afterthought of a minor league deal in the offseason.

For a career .232 hitter who has never had more than 270 at-bats in any major league season, Urshela's numbers are staggering. So much so that the Yankees batted Urshela cleanup on Friday, the first time he had ever batted that high in the order.

The Yankees couldn't have possibly envisioned Urshela replacing last year's American League Rookie of the Year runner-up in Miguel Andujar, but the team hasn't missed a beat since the infielder stepped in.

Unlike the raw power that Andujar brings to the plate, it's the little things that Urshela provides that has made him so valuable to the Yankees during this critical stretch where most of the team's feared power hitters are on the IL.

From his highlight-reel defense at the hot corner to his situational hitting ability that contributed to a game-winning, RBI single against the Los Angeles Angels, Urshela is the poster child for the #NextManUp Yankees and has been a major factor in the team winning 11 of their last 13 games.

Pretty soon it will be the #NextManBack mantra, with Miguel Andujar and Troy Tulowitzki leading the herd of injured Yankees nearing a return to the big leagues.

Even without the injury, that would likely result in reduced playing time for Urshela, who could return to a part-time role. But the impact that he has had on the team in a relatively short amount of time is unforgettable.

For a player who seized an opportunity given to him by the Yankees in early April, there is little doubt that Urshela will allow this injury to keep him down for too long. 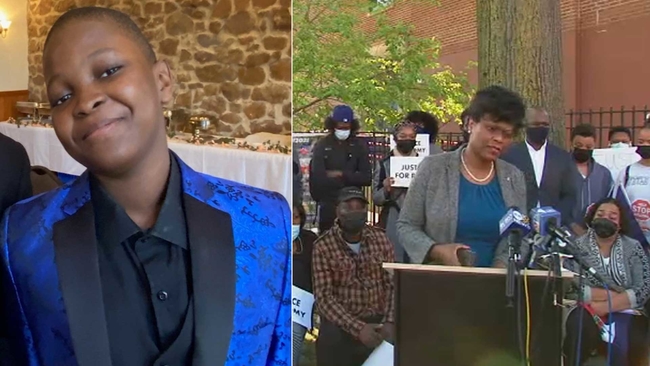