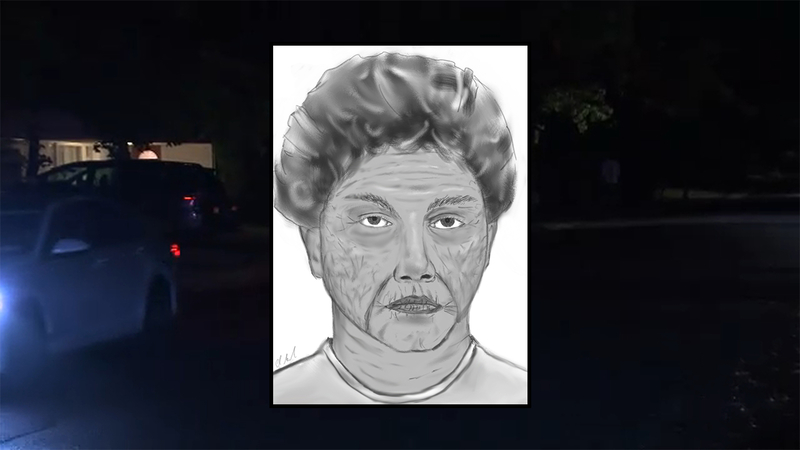 GREAT NECK, Nassau County (WABC) -- A community on Long Island is on alert after an elderly woman and a driver apparently tried to lure a teenage girl who was walking home, just blocks from a school.

The 14-year-old girl told police that a couple tried to get her to get in their car on Baker Hill Road near Chadwick Road around 6:44 p.m. Thursday.

Nassau County police released a sketch of an older woman in the passenger seat.

The victim says she was approached by a newer model white four-door vehicle, occupied by the elderly female passenger and an unidentified driver. The girl did not get a good look at him.

She says the passenger opened the door while the vehicle was still in motion and tried to strike up a conversation.

The girl says the woman tried to get her to get in the car multiple times, offering her a ride home.

When the victim took out her phone to make a call, the car drove away.

She ran home to her father, and they immediately went to the police.

"This child did seem scared, when she spoke to detectives and the first police officers at the scene," Nassau County police Detective Lieutenant Richard Lebrun said. "This 14-year-old did the right thing. She repeatedly said no. She kept walking. She went home. She spoke to her father, who called the police immediately."

Police also using this case to remind kids that if they feel they are being lured in by someone, there is no harm in taking whatever measures necessary to break free.

Given the age of the alleged suspect in this case, police are wondering about the possible motive.

"Was it a medical condition?" Lebrun said. "Was it a mistaken identity? But we do feel it's credible that this person did repeatedly ask this child, 'Do you want a ride home?'"

Anyone with information regarding this incident is asked to call Crime Stoppers at 1-800-244-TIPS.