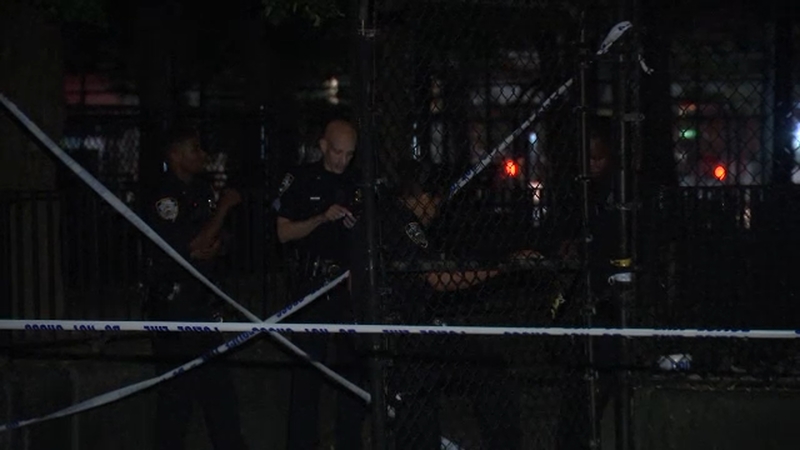 BEDFORD-STUYVESANT, Brooklyn (WABC) -- A 13-year old girl is recovering after she was struck by a stray bullet while sitting on a park bench in Brooklyn Wednesday night.