Good Samaritans save mother, 2 children from burning building in Paterson 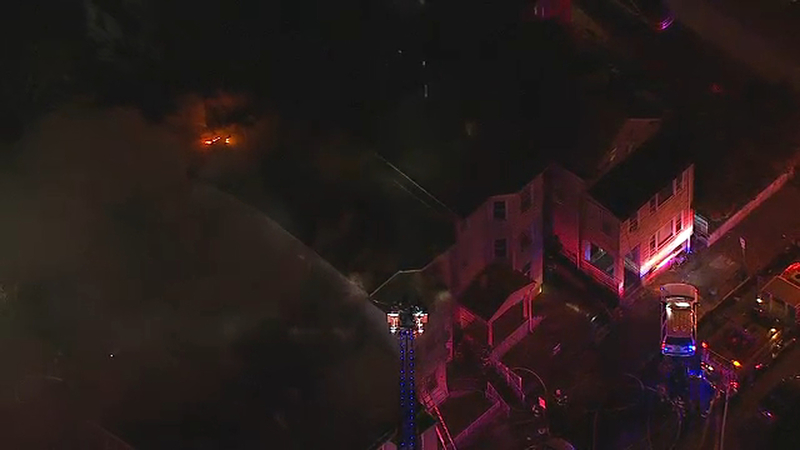 PATERSON, New Jersey (WABC) -- A mother and her children were rescued by Good Samaritans Monday when their building in New Jersey went up in flames.

The rescuers came looking to invest in properties in Paterson, but instead they became instant heroes when they heard cries for help and saved the family.

The fire broke out at about 5 p.m. at 48 Paterson Avenue in Paterson.

It spread throughout the three-story residential building with flames shooting out the back of the structure.

"The mother was telling me that her child was in the bed," said one of the investors, Edwin Ramirez. "The child was naked and I just grabbed the kid and went downstairs right away, it was crazy."

The investors were thinking about purchasing the empty property next door when flames broke out.

"Just sprung into action, ran inside the house and started taking out the kids," said the other investor, Adrian GIl.

"She was in the living room but she was trying to look for her properties, papers or anything like that, and I said let's leave because it's getting really bad in here, she's got to leave right now," said Ramirez.

"I put them in my van and blast the heater so they could be a little warm, they had no clothes on," said Gil.

Shante Perez was full of gratitude for the strangers who helped save her two babies. "Thank you and God bless you and I appreciate you helping my kids get out safely," she said.

The fire chief says all 16 residents were safely evacuated before the trucks arrived so firefighters could focus on controlling the scene.

"The fire did originate inside but the entire back of the house was on fire," said Paterson Deputy Fire Chief MIke Fleming. "They're both wood-frame homes, they're close together, there was a large volume of fire when we got here and these guys did a great job knocking it down."

The residents are now being assisted by the Red Cross. They are homeless and devastated but no lives were lost. Two firefighters suffered minor injuries.