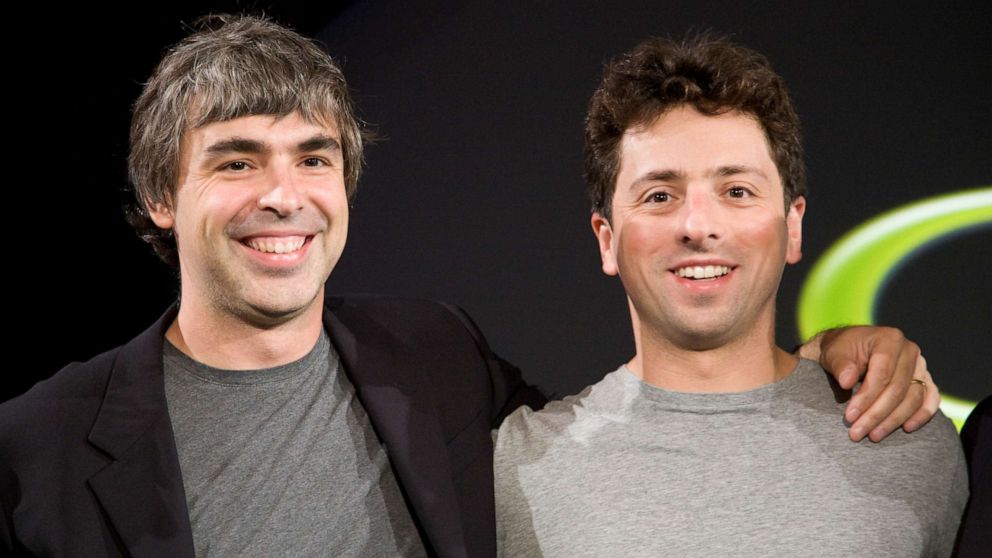 Google's founders Larry Page and Sergey Brin -- who built the tech giant 20 years ago with servers in a garage -- announced on Tuesday that they are stepping down as CEO and president, respectively, from the company.

Sundar Pichai will be the new CEO of Google and its parent company, Alphabet Inc., effective immediately, according to a statement from the company.

Page and Brin co-founded the company in 1998 and led it to becoming the international tech industry leader it is today. The two will remain active at Alphabet Inc. as co-founders, shareholders and board members, the company said.

In a joint open letter announcing their decision to leave, Page and Brin equated Google to their child, who would now be 21.

"Today, in 2019, if the company was a person, it would be a young adult of 21 and it would be time to leave the roost," the letter stated. "While it has been a tremendous privilege to be deeply involved in the day-to-day management of the company for so long, we believe it's time to assume the role of proud parents - offering advice and love, but not daily nagging!"

The letter added that they believe "Alphabet and Google no longer need two CEOs and a President," and Pichai will take on the role of CEO for both Alphabet and Google, saying they "plan to continue talking with Sundar regularly, especially on topics we're passionate about!"

The founders added that they could have never imagined what Google would become when they started it in a dorm room and then a garage.

"We are deeply humbled to have seen a small research project develop into a source of knowledge and empowerment for billions - a bet we made as two Stanford students that led to a multitude of other technology bets," the letter said.

It continued: "We could not have imagined, back in 1998 when we moved our servers from a dorm room to a garage, the journey that would follow."

Pichai said in statement that he is "looking forward to continuing to work with Larry and Sergey."

"Thanks to them, we have a timeless mission, enduring values, and a culture of collaboration and exploration," Pichai added. "It's a strong foundation on which we will continue to build."
Report a correction or typo
Related topics:
abc newsnational
Copyright © 2020 ABC News Internet Ventures.
More Videos
From CNN Newsource affiliates
TOP STORIES