Grace Potter returns to music with 'Daylight' after Nocturnals breakup 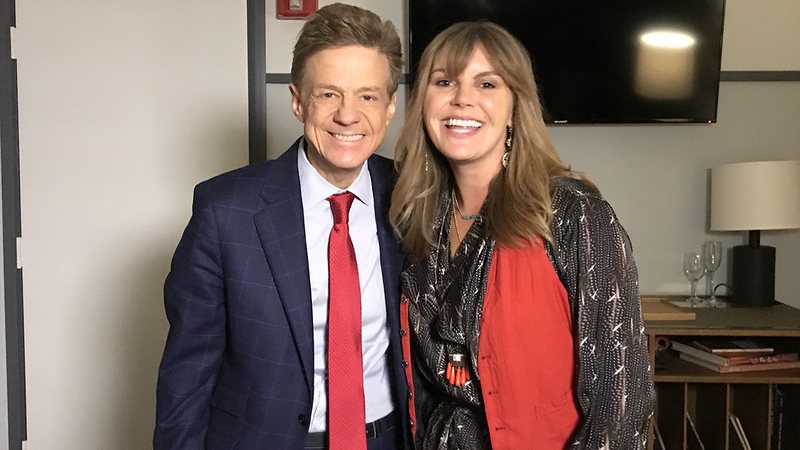 Grace Potter returns to music with 'Daylight' after Nocturnals breakup

NEW YORK (WABC) -- The band "Grace Potter and the Nocturnals" toured with the Dave Matthews Band and opened for The Rolling Stones, but the lead singer is now making a comeback after she stopped making music for nearly three years.

"I was kind of angry at music," she said.

She says her career had caused her so much pain, as she was married to the Nocturnals' drummer she fell in love with her music producer. She and Eric Valentine are now married, and the couple's son Sagan turns 2 next year.

It is a peaceful end to years of turmoil that saw her first marriage break up -- along with her band.

"Things that really feel uncomfortable," she said. "It's like, 'What this is all for? Is this why I got into music?'"

That's when Potter decided to put her career on hold, and for a bit, she was painting houses.

"It was really like an indefinite quest for happiness and peace," she said. "I painted three houses...Fully, like exterior and interior, everything. I did a little Venetian plastering, lots of demolition, which is really good when you're trying to work out the demons."

The very personal lyrics of her new album, "Daylight," grew out of voice memos she left for herself on her phone.

"I was able to focus in on what my heart was saying," she said. "And my individual perspective on pain and love and passion and loss."

The lullabies she made up for Sagan brought her all the way back.

"Music became a force for good and a lot of healing when I finally invited it back in," she said.

Potter grew up in a small town in Vermont and says humility and accountability, especially with family and neighbors, are the values she considers most important.