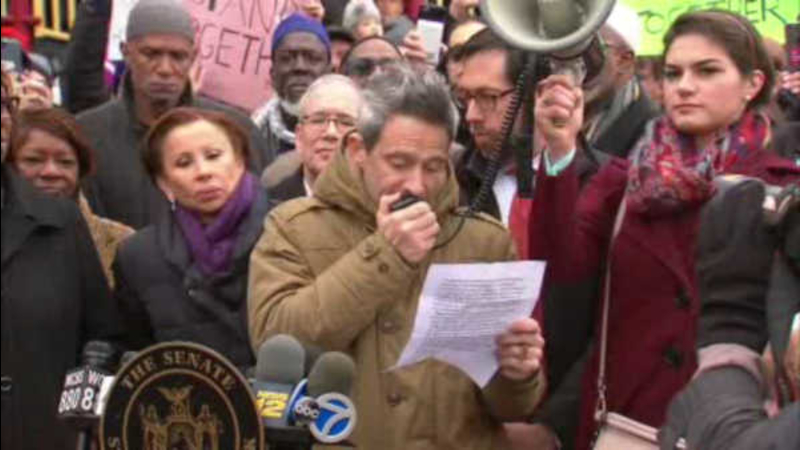 Hundreds rally against hate after Brooklyn park vandalized with swastika

BROOKLYN HEIGHTS, Brooklyn (WABC) -- Hundreds of people gathered at a vandalized Brooklyn park Sunday, where a member of the Beastie Boys joined city leaders to stand up against messages of hate.

The park is named after the late Beastie Boys rapper Adam Yauch, who was Jewish. He died of cancer in 2012 at the age of 47.

Lander said police were investigating and a Parks Department spokesman said Saturday the graffiti was removed.

It was one of several recent instances of the Nazi symbol being found around New York and in other parts of the country.

"We are deeply disturbed by yet another highly visible anti-Semitic incident in New York," said Evan R. Bernstein, Anti-Defamation League New York Regional Director. "Since the election, we have witnessed a wave of incidents targeting Jews and other minorities across New York State, and it is particularly offensive that this hateful graffiti was found in a park named after Yauch, an artist who was a passionate activist for peace, respect and diversity."