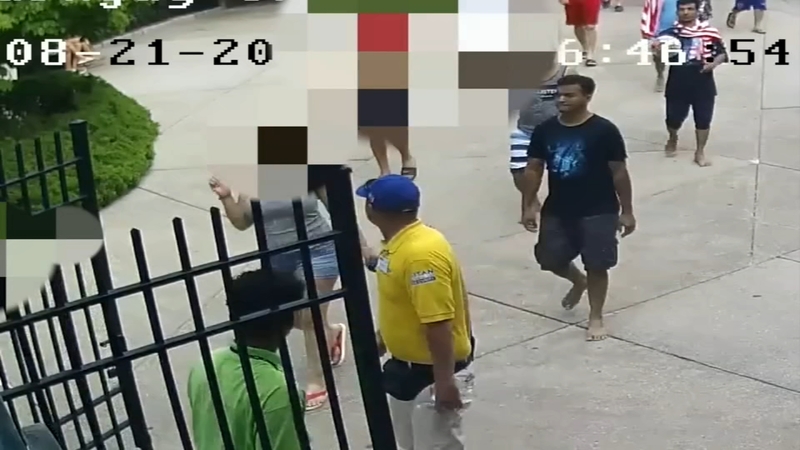 The video shows the five men being escorted out of Splish Splash by security after the incident last week.

Police say several of the men groped four 11-year-old girls who were in the wave pool. The victims were at the water park on a field trip while attending summer camp at the Huntington YMCA.

Some of the victims' mothers spoke to Eyewitness News Wednesday.

"I received a phone call from my daughter's camp counselor, and she told me my daughter was sexually touched in the pool, in a private area," one said.

The distraught mothers did not want to be identified.

"And the wave comes in, and this man grabbed my daughter's chest to the point where she honestly had to pry his hand off of her in order for him to let go," another said. "They were between the ages of 20 and 30. My daughter even said that the man that did it to her, she could see that there was gray on the side of his head."

In light of the traumatizing incident, the parents said they were shocked the park just let the suspects go.

Splish Splash released a statement saying, "Splish Splash takes safety very seriously. We are aware of the incident and are working with the Riverhead Police Department."

A cash reward of up to $5,000 is being offered for information that leads to an arrest.

Anyone with information about these incidents can contact Suffolk County Crime Stoppers to submit an anonymous tip by calling 1-800-220-TIPS, texting "SCPD" and your message to "CRIMES" (274637) or by email at TipSubmit.com.