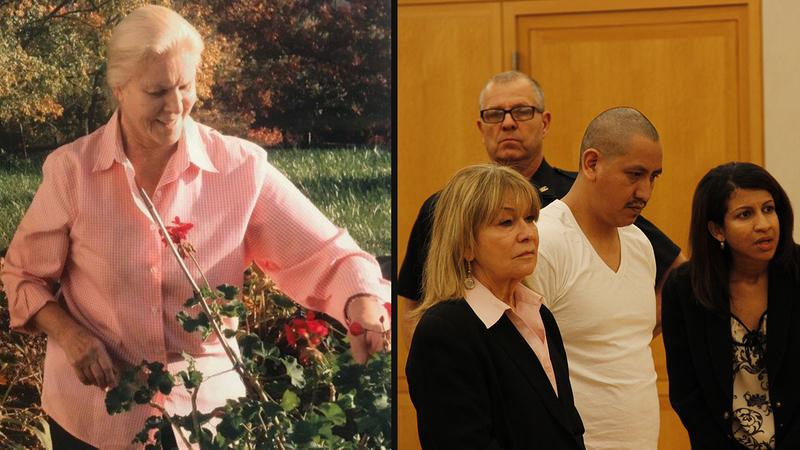 Esdras Marroquin Gomez accepted a plea agreement in the death of Lois Colley, of North Salem.

He faces between 20 and 22 years in prison when he is sentenced in June. He is also subject to deportation.

The 83-year-old Colley was discovered around 5 p.m. on November 9, 2015, bludgeoned to death in the laundry room of her home on Windswept Farm, a 300-acre estate in North Salem, apparently beaten with a fire extinguisher.

She lived with her husband, Eugene Colley, a millionaire who is one of the biggest owners of McDonald's properties in the country and known as a master fox huntsman. He couldn't hold back tears after the plea.

"We the family had a tough time, but this will help," he said. "I want to thank this group of people, all the people on this dais, I've met them all before. They worked on this case for three years."

During the initial investigation, New York State Police found what appeared to be a pin from a discharged fire extinguisher near her body. In searching the farm, they found the extinguisher wrapped in a plastic bag in a pond on the property.

Tests by forensic scientists at the Westchester County Crime Lab determined Colley's DNA was present and confirmed it was the murder weapon.

Gomez, a former employee of Colley, is an undocumented Guatemalan immigrant. He became a suspect after he fled to Guatemala and later to Mexico.

"Mr. Gomez may have felt, he may have been upset or concerned about an injury that he had had while he was there," District Attorney Anthony Scarapino said.

Mexican authorities deported him, and he was arrested by the FBI in Miami.