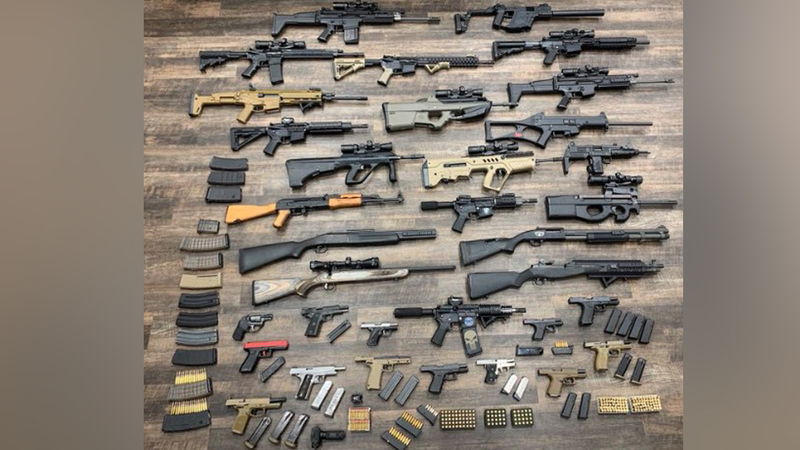 EAST FLATBUSH, Brooklyn (WABC) -- A mother, her son and daughter were arrested in Brooklyn after police said they discovered an arsenal of weapons in the family's home.

Police said the woman who answered the door of the apartment on Linden Boulevard in East Flatbush Saturday told police her son was not home and slammed the door on the officers.

Other officers who were stationed in the rear of the building apprehended the man, 40-year-old Mario Rosales, as he tried to flee via the fire escape, according to the NYPD.

Police executed a search warrant and found 33 firearms, including handguns, assault rifles and shotguns, along with a large quantity of ammunition.