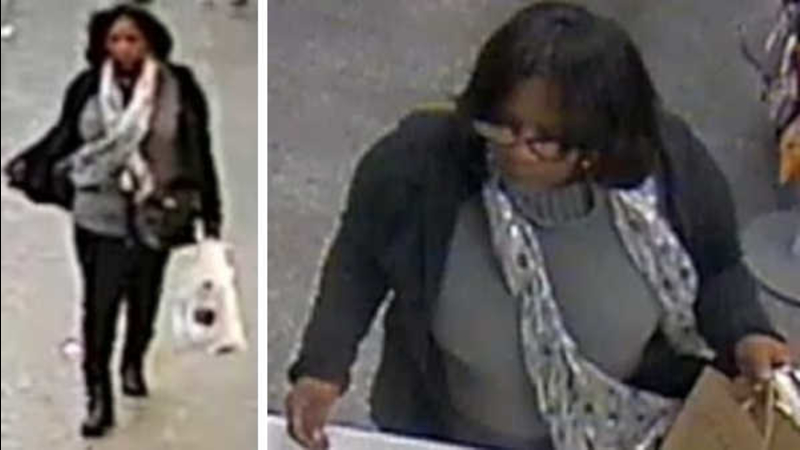 MIDTOWN, Manhattan (WABC) -- Broadway's hottest musical, 'Hamilton' just got a new fan, who loves the stage door for all the wrong reasons. Police say one woman has been pickpocketing theatergoers as they waited for performers to leave the show outside of the Richard Rogers Theater on West 46th Street.

"She sees people leave their guard down, because they're so excited. To take advantage is a bad reflection of human nature," says Jeff Tatarian.

Authorities believe the thief has been swiping wallets from May until November of this year, using the victims' credit cards to purchase over $2,000 worth of merchandise at locations such as Macy's, Junior's Restaurant, Rite Aid, Target, DSW, Burlington Coat Factory and Duane Reade.

"They spend a lot of money for their tickets, they say for them. Here to enjoy - sad you have to worry about pickpockets," says Beverly Harper.

The theater is dark on Mondays, but the ticket booth is open. For fans hoping to score a coveted seat for next year, they are on high alert.

"A lot of my buddies, we're all super excited to see it, and for someone to ruin it, it is not fair," says Mark Cartagena.

With no show on Monday night, there was no manager on duty for comment. Eyewitness News also reached out to the owner of the Richard Rogers Theater, and are still waiting for a response.

The suspected pickpocket is described as a black woman with black hair and glasses. She was last seen wearing a black jacket, a gray sweater, black pants and a gray scarf.