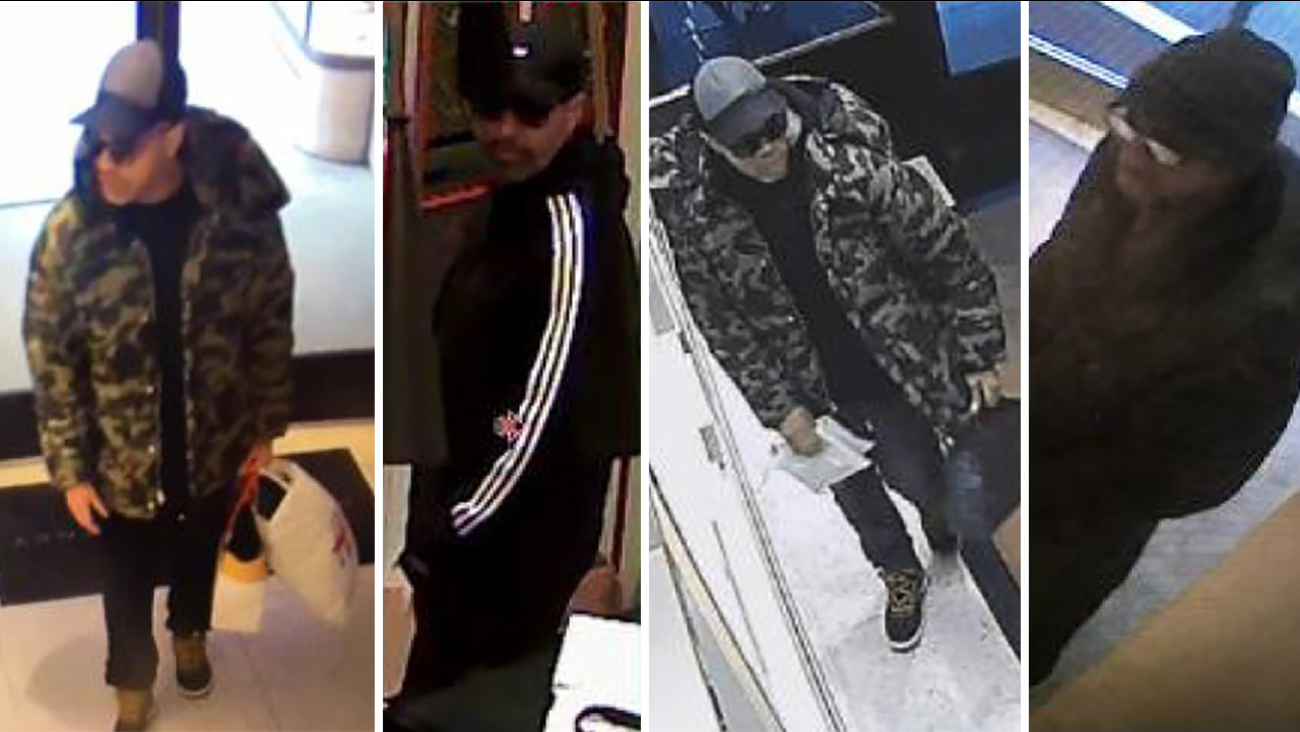 UPPER EAST SIDE, Manhattan (WABC) -- The NYPD is on the lookout for a man wanted in connection with a series of high-end handbag thefts from a range of stores in Manhattan.

Newly released surveillance images show the serial shoplifter who investigators believe made his way through seven stores on the Upper East Side over the last few months.

Police say the thefts began on December 29th when the suspect entered a store on Madison Avenue and East 74th Street at around 4:30 p.m. and asked to see some merchandise. The man then left the store with a purse and jewelry worth $1,500 while a store employee was with other customers.

The next incident occured on January 21st when the suspect entered a store on 3rd Avenue and East 59th Street at around 4:30 p.m. and asked to look at some handbags. He ended up leaving the store with three bags worth $2,000.

Nearly a week later on January 27th, police say the man entered a store on Madison Avenue between East 70th and East 71st Streets at about 4:15 p.m. and got away with a bag worth approximately $1,500 after pulling the exact same stunt.

He struck again the next day on January 28th when he walked into a store on Madison Avenue and East 62nd Street at about 2:00 p.m. and walked out with a $1,500 bag.

Two days later on January 30th the suspect entered the same store at approximately 3:30 p.m. and this time stole a bag worth $3,000.

The last reported incident occurred on February 18th at a store on Madison Avenue and East 61st Street when he stole a bag worth $6,000.

The suspect is described as being between 25 and 30 years old, 5' 5", 160 pounds and was last seen wearing all dark clothing.

Anyone with information about this case is asked to call the NYPD's Crime Stoppers Hotline at 1-800-577-8477, submit tips online at NYPDCrimeStoppers.com, or text any tips to 274637 (CRIMES) and then enter TIP577.