At least 1 dead in horrific van crash in New Jersey 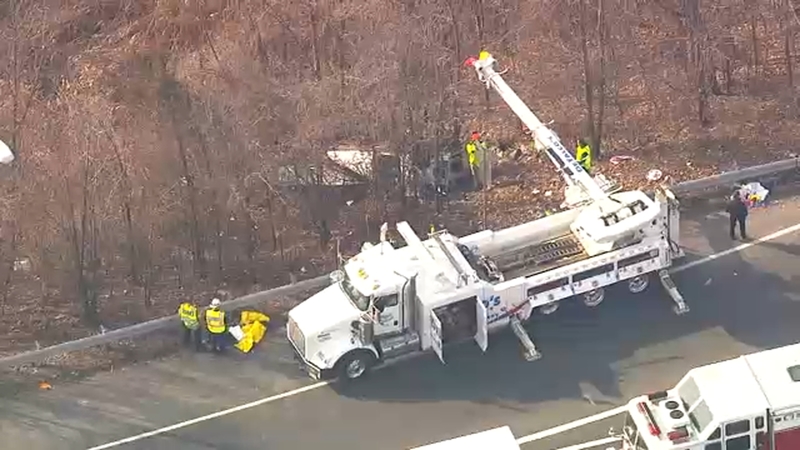 At least 1 dead in horrific van crash in NJ

HANOVER, New Jersey (WABC) -- At least one person is dead and more than a dozen others injured after a gruesome van crash in New Jersey Wednesday morning.

It happened just before 11 a.m. in the eastbound lanes of Route 24 in Hanover.

The van crashed through a guardrail and overturned down an embankment, falling at least 30 feet down the hill off the side of the roadway.

There were 14 people and the driver inside, and many had to be extricated. It is unclear if they were wearing seat belts.

Information about the fatality has not been released, and other victims were taken to area hospitals.

Josh Einiger has the latest on a Bronx blaze that left 12 people injured, including children.

Five people were transported by ambulance, but nine who required less immediate medical attention were triaged and taken to Morristown medical Center in a bus.

There is still now word on the extent of the injuries suffered by the passengers who remain at the hospital. It is also unclear if the person who died was the driver or one of the passengers.

The cause of the crash is under investigation, and it is unclear where the van was headed.