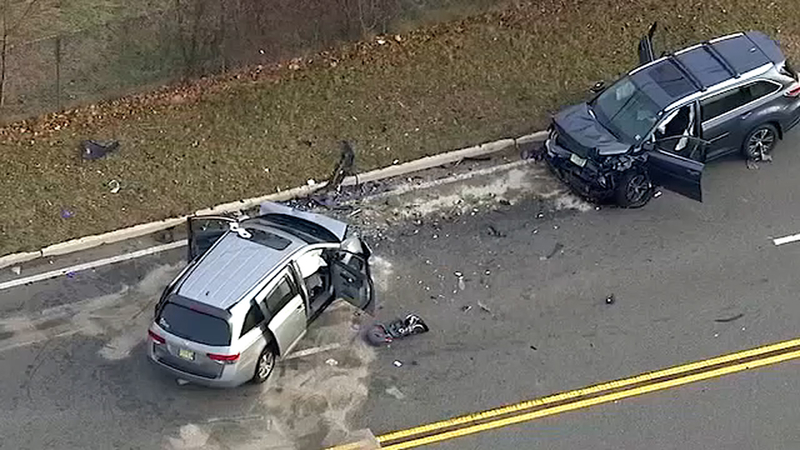 HARRINGTON PARK, New Jersey (WABC) -- An 8-year-old girl was ejected from her family's vehicle during a head-on crash in New Jersey that left her and two others hospitalized Wednesday.

The girl was airlifted to Hackensack University Medical Center after the accident at 7:00 a.m. on Old Hook Road between Bogerts Mill and Schraalenburgh roads in Harrington Park.

Police said an investigation revealed that a 2016 Honda Odyssey driven by a 34-year-old woman from Norwood, New Jersey, crossed over the double yellow line and struck a westbound 2016 Toyota Highlander head-on.

The driver of the Honda and the 8-year-old passenger, who was thrown from her child safety seat, were taken to Hackensack University Medical Center, where they were listed in critical condition. Officials said the girl is a third-grader in the Norwood public school system.

The driver of the Toyota, a 74-year-old man from Englewood, New Jersey, was also hospitalized, but his condition has not been released.

The circumstances of the crash were under investigation, and it was unclear if any criminal charges would be filed.

Old Hook Road was shut down for hours after the accident.