'Harry Chapin: When in Doubt, Do Something' celebrates life, philanthropy of musician 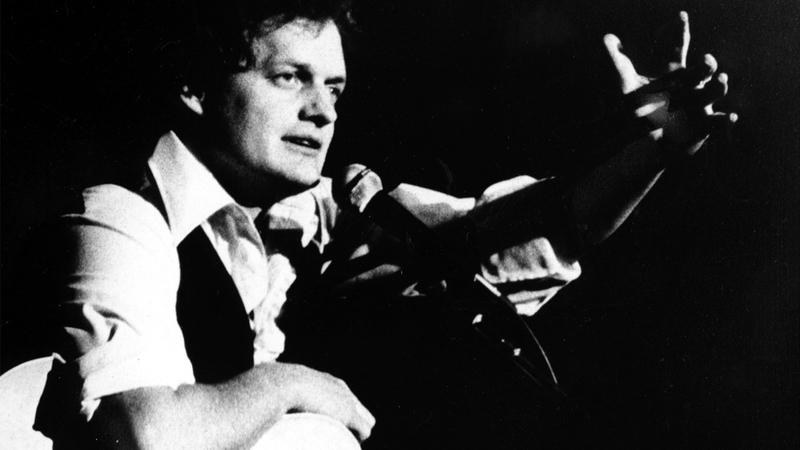 'Harry Chapin: When in Doubt, Do Something' celebrates life, philanthropy of musician

NEW YORK -- A new film celebrates a singer songwriter hailed as a hero in his lifetime because he did so much to combat world hunger.

Harry Chapin died almost 40 years ago in a fiery crash on the Long Island Expressway, and the documentary "Harry Chapin: When in Doubt, Do Something" shows why his life is well worth remembering today.

The phrase "gone too soon" has a special poignancy when considering the life and premature death of the troubadour who had 14 hit singles like "Taxi" to his credit, but he was even better known for his philanthropic work.

This was especially true in the Tri-State Area, where he performed so many free shows for charity.

Chapin's music still resonates, but his greatest legacy lies not in the 16 million records he sold, but in his commitment to end world hunger. And that makes him even more relevant today, says his son, Jason Chapin.

"Over 50 million people are now food insecure," he said. "We can't say, 'It's OK.' We have to do something about it, and that's what my father's life was all about."

Jason Chapin says his dad was a pied piper.

"Larger than life, he had incredible energy," he said. "He was the kind of person who would walk into a room and say, 'You know, let's make this moment special.'"

His most famous song, "Cat's in the Cradle," was about the relationship between a father and a son.

"The cat's in the cradle and the silver spoon, little boy blue and the man on the moon," the song goes. "When you coming home, dad? I don't when. We'll get together then, son. You know we'll have a good time then."

The film takes its name from words Chapin lived by.

"My credo is, when in doubt, do something," he once told an interviewer.

"(The title) really epitomizes who he was as a person," director Rick Korn said. "It sums up the story."

Korn was in high school on Long Island when Chapin came and spoke.

"Seeing him jog in that day and take over a room filled with 500 teenagers and completely control them, it was like the best college lecture you ever went to in your life," he said. 'And so I wanted to give the audience the same feeling that we experienced in 1974."

Chapin met Pat Benatar in a bar before she became famous. She calls his loss "a supreme sadness that his light had to go out."

Billy Joel opened for Chapin before he had a hit with "Piano Man," and in the film, he observes, "the truth is Harry wrote the best story songs."

This is why the songs are still played so often today.

"The reason why so many people appreciate his music, it was all about relationships," Jason Chapin said. "It was all about how we fell about the people who are important to us. So he was able to capture that in a song."

A portion of the proceeds from the film will go to charity, and that's appropriate for the documentary about a man who earned about $2.5 million a year in his prime -- and gave almost all of it away.