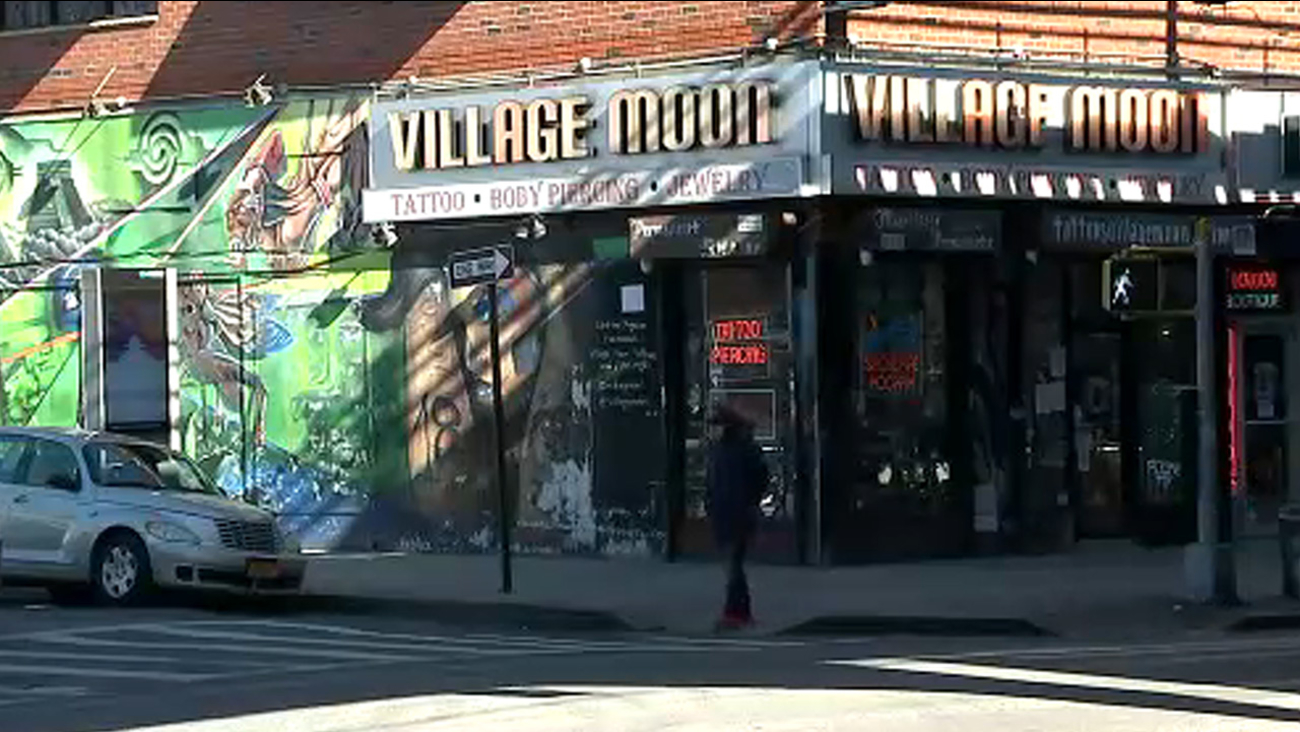 JACKSON HEIGHTS, Queens (WABC) -- A rally was held in Queens Tuesday in support of a gay couple who claim they were victims of a hate crime at a tattoo parlor.

They say the manager hurled anti-gay slurs at Jeremy Valarezo and his husband Joseph Sokolowski after they made a purchase at the Village Moon on Roosevelt Avenue in Jackson Heights last November.

After the purchase, they say Mohammed Hoque insisted on photocopying Valarezo's driver's license for the credit card transaction.

When they objected, Hoque allegedly launched into an anti-gay tirade filled with slurs. Sokolowski admits to knocking over a mannequin during the dispute, but they recorded video of the manager's rant, which Hoque now says he regrets.

"That's why we do that, because f----ts like you come in and do stupid (expletive)," Hoque says on the video.

Then, when Valarezo and his husband exited the shop, they alleged that Hoque assaulted Valarezo.

"This guy just had the intention of treating us like garbage," Valearezo said. "In the end, he punches him in the face, and the police treated us like garbage too."

They allege that the NYPD refused to investigate, even after being shown what they call video evidence of a hate crime. Instead, the NYPD charged Sokolowski with a criminal mischief felony, which was later reduced to a misdemeanor. Hoque received a desk appearance ticket for misdemeanor assault.

"There are people who go through actual hate crimes," Hoque said. "They really get physically hurt, mentally hurt, emotionally hurt. And for him to use that platform for his own little personal vendetta that he has against me in the store, that's wrong."

"The Hate Crimes Task Force is aware of the video and is looking into it," the NYPD said in a statement. "The dispute which led to the arrests of two individuals at that location on that date was related to money. No information was provided at the time to indicate this was a hate crime."