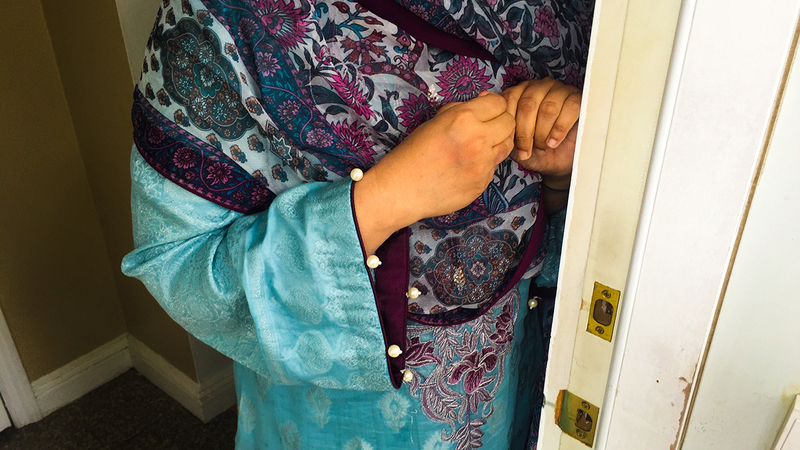 Authorities say the family discovered written messages that were left in their mailbox on two separate occasions at their home in Malverne Monday.

In red ink, on paper, the message stating, "KKK Hate Muslims, We will kill you, Jesus loves you" along with the image of a swastika was found, police say.

The other message, that was written on a small paper plate, stated, "The KKK is coming for you Muslims."

The homeowner, a Bangladeshi immigrant, told Eyewitness News she regards the notes placed in her mailbox as threatening and not a simple prank.

"It's more of a threat to me than a prank, or it's a very elaborately planned prank, which also shocks me to think that someone would go to that extent to pull that big of a prank," she said. "So that takes me to the conclusion that it was not a prank, but a deliberate note, a threat note."

She and her husband have been residents of Malverne for 20 years and have never felt threatened because of their religion until now.

"To my utter shock and horror, it was a threat note," she said. "It was very unsettling, terrifying actually, to see it."

She said her children, ages 19 and 16, were both born in America and were equally surprised.

"They were shocked beyond belief," she said. "We've never had any problems with anyone. We very much love the neighborhood, so it was totally unexpected. Never before did we ever receive anything, or nothing of this was even hinted at us ever in the last 20 years we've been here."