Dog rescued after being buried alive on Hawaii beach 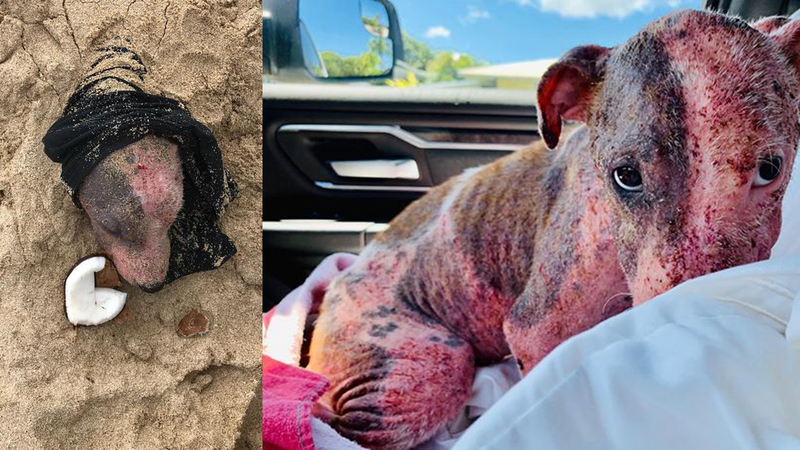 Dog rescued after being buried alive on Hawaii beach

A dog was rushed to a veterinary clinic after it was buried alive on the beach, according to officials in Hawaii.

It happened on July 9 on the beach on the Hawaiian island of O'ahu.

The animal rescue group PAWS of Hawaii said the dog, named Leialoha, was found "incredibly swollen, sunburned and missing 90 percent of her fur."

Officials responded after a Good Samaritan reported a man burying the dog in the sand.

Leialoha was found with lacerations on her front paw. It's suspected that her owner may have also used a knife to cut her.

The pup is making progress. On Thursday, PAWS updated followers, saying Leialoha had taken her first bath at her foster home. "Poor girl was bleeding from every inch of her body," they wrote.