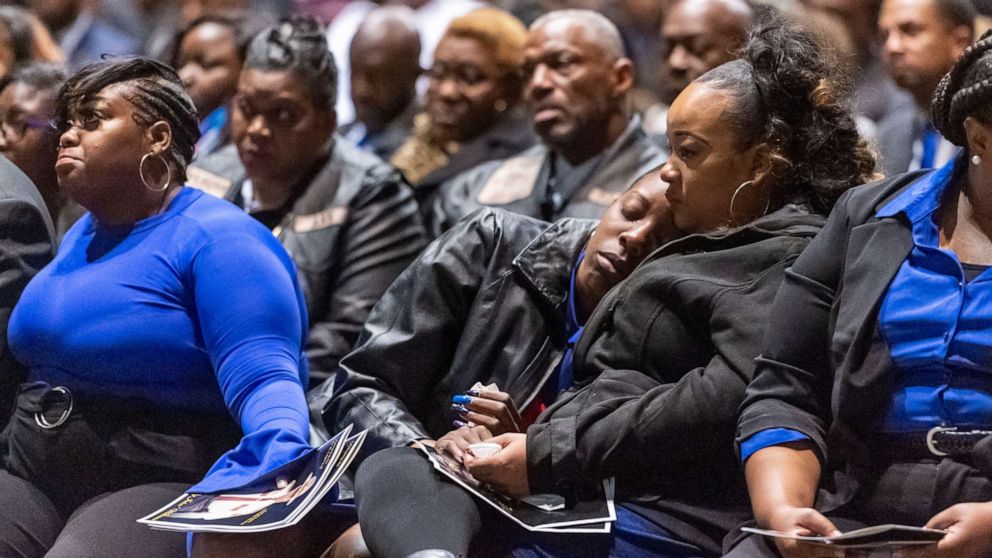 A devoted Alabaman sheriff who was gunned down in the line of duty was mourned Monday by fellow grieving officers.

Lowndes County Sheriff John Williams, known as "Big John," was fatally shot on Nov. 23 while responding to a call in Hayneville, about 25 miles from Montgomery.

"Nobody had to question John's integrity," Heath Taylor, Russell County Sheriff and president of the Alabama Sheriff's Association, said at Monday's funeral at the Garrett Coliseum in Montgomery.

Williams responded to a gas station that night at 8:15 when he was shot. The suspect, William Chase Johnson, 18, immediately fled the store on foot before he was captured after state officials issued an emergency alert to search for him.

Johnson has been charged with his murder. It was not immediately clear if he has entered a plea.

Taylor said Williams, despite being a sheriff, didn't pass on the responsibility to answer the call.

"Just like he had done thousands of times before over the last 32 years," Taylor said. "That was the type of love he had for his community. He paid the ultimate sacrifice for each and every one of us in this coliseum.

"He was a man of honor and pride and respect for others," Taylor said, overcome with emotion. "Nothing made him happier than helping somebody in Lowndes County."

Among the Alabama sheriffs who spoke at the service was Montgomery County Sheriff Derrick Cunningham, who said he and Williams "went everywhere together."

"He loved being the sheriff," Cunningham said. "He would give you the shirt off his back. He's a true law enforcement officer."

Williams was a "consummate professional and pillar of his community," Alabama Gov. Kay Ivey said in a tweet.

"He will be greatly missed by us all," Ivey tweeted ahead of Monday's service. "This tragedy is a grim reminder of the dangers that our law enforcement face each day. I've expressed to Mrs. Williams that she can take comfort in knowing his legacy will live on & that our state is praying for their family."
Report a correction or typo
Related topics:
abc newsnational
Copyright © 2021 ABC News Internet Ventures.
More Videos
From CNN Newsource affiliates
TOP STORIES