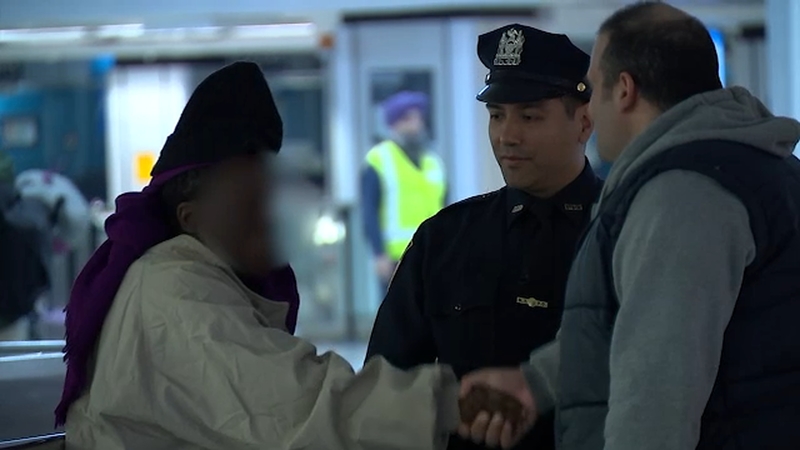 These requests will be routed to the city's new Joint Command Center, managed by the Department of Homeless Services and the NYPD, where interagency staff will analyze trends, triage requests, and prioritize and deploy multi-agency responses as appropriate, including to provide collaborative assistance to more challenging cases involving high-needs individuals.

The city is also in the process of hiring an additional 180 outreach workers, bringing the total number to more than 550.

"We've made significant progress in addressing our city's homelessness crisis under Turning the Tide, and with Outreach NYC, we're announcing new steps to take that progress even further," de Blasio said. "We cannot attempt to address this issue in a vacuum. It's time we all wear one uniform. Outreach NYC is our all-hands-on-deck approach to bring even more people in off the streets."

The Coalition for the Homeless was critical of the plan, however, claiming it will be detrimental to the city's homeless population.

"The mayor's grand outreach plan is to implement mass surveillance of homeless New Yorkers, without necessary additional investments in real solutions like housing or low-threshold shelters," Policy Director Giselle Routhier said. "This is not a plan to 'help' anyone. It is a chilling and counterproductive plan to try to drive the problem out of sight."

De Blasio also announced Dr. Raul Perea-Henze, a physician with extensive public sector experience, as the new deputy mayor for Health and Human Services -- a position that was vacated nearly five months ago.

Dr. Perea-Henze served as President Barack Obama's assistant secretary for policy and planning at the Department of Veterans Affairs.

"It's an honor to welcome Dr. Perea-Henze back home," de Blasio said. "Over the course of a career spanning three decades in both senior levels of government and the private sector, Dr. Perea-Henze has established himself as a genuine change-maker committed to improving the lives of vulnerable people everywhere. From confronting the early AIDS epidemic to standing shoulder-to-shoulder with President Obama in the historic fight to end veteran's homelessness, Dr. Henze has shown the very best of what government can do. I am proud to welcome him to the helm of Health and Human Services."

"New York City has my heart," Parea-Henze said. "It is my home. The opportunity to serve the people of New York City as a Deputy Mayor is a tremendous honor, particularly with this Administration, which has built on a foundation of equity and social justice that speaks the values that have motivated my work my entire life. It is a responsibility and privilege I cherish, and I want to thank Mayor de Blasio for this incredible opportunity."

The son of health professionals, he grew up in Mexico where he graduated from medical school at 21 and later completed his training in Public Health at Yale University. At 28, he was one of the youngest elected Fellows at the New York Academy of Medicine And in 2010, he was confirmed by the Senate as the first openly gay Latino to become a Sub-Cabinet Secretary in the history of our country.

Dr. Henze has served on numerous boards for global and local organizations in health, mental health, Latino and veterans affairs and national service. He has traveled and worked with physicians in 145 countries as a member of the World Medical Association and is fluent in four languages.