Coronavirus in US: Americans flown from China virus zone arrive in California 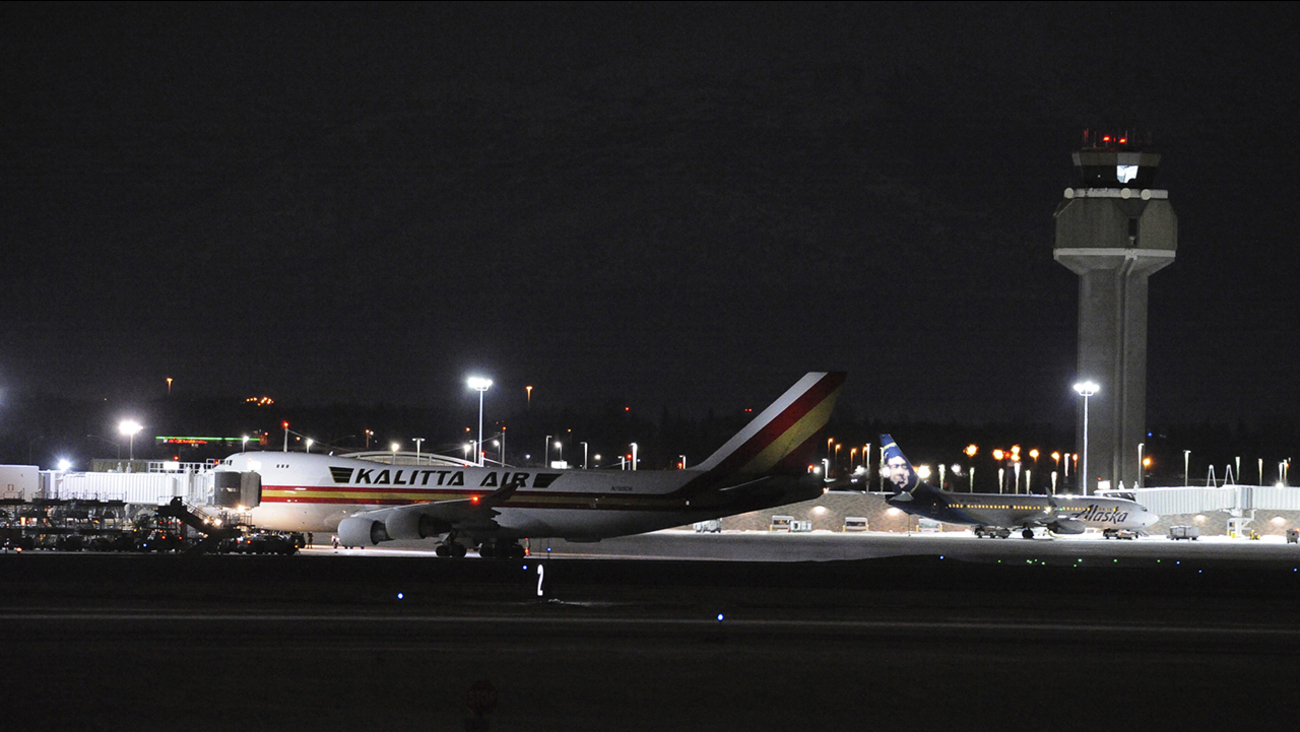 AP
By MARK THIESSEN
ANCHORAGE, Alaska -- A plane evacuating 201 Americans from the Chinese city at the center of the virus outbreak arrived Wednesday at a Southern California military base after everyone aboard passed a health screening test in Anchorage, where the aircraft had stopped to refuel.

The jet landed shortly after 8 a.m. at March Air Reserve Base about 60 miles (96 kilometers) east of Los Angeles.

A ground crew dressed in white approached the aircraft shortly after it landed and three charter-style buses parked near the plane. Federal and local public health officials scheduled a media briefing for later in the morning.

All the passengers already underwent two health screenings in China and were screened twice more in Anchorage by the Centers for Disease Control and Prevention. One passenger received medical attention for a minor injury that happened before boarding the airplane in China, Dr. Anne Zink, Alaska's chief medical officer, told reporters after the plane left.

The U.S. government chartered the plane to fly out diplomats from the U.S. Consulate in Wuhan, where the latest coronavirus outbreak started, and other Americans. The plane landed Tuesday night in Anchorage. The Americans will undergo additional health screenings in California and will be temporarily housed as they finish the repatriation process, officials said. Officials have not said how long that housing period will last.

"For many of us directly involved in this, it's become a moving and uplifting experience. The whole plane erupted into cheers when the crew welcomed them back to the United States, Zink said.

"This is the best possible outcome,'' state health commissioner Adam Crum said in a statement. We wish these passengers the best of luck as they complete their journeys home and I am deeply grateful to everyone who came together to assist us in helping with this repatriation effort.''

State officials had said the plane could carry up to 240 passengers, and Zink said they were prepared for that number. At the end of the day, 201 passengers loaded and 201 passengers left Alaska, she said.

The flight crew remained on the upper level of the plane, entirely isolated from the )passengers for the entirety of the flight and did not get off the plane in China, putting them at low risk, she said.

The plane is now scheduled to land at March Air Reserve Base in California's Riverside County, instead of the original plan to go to Ontario International Airport in neighboring San Bernardino County.

"We were prepared but the State Department decided to switch the flight'' to the airbase, Hagman said.

Officials at the Ontario airport 35 miles (56 kilometers) east of Los Angeles had been readying facilities to receive and screen the repatriates and temporarily house them for up to two weeks _ if the CDC determined that is necessary, said David Wert, spokesman for the county of San Bernardino.

Ontario International Airport was designated about a decade ago by the U.S. government to receive repatriated Americans in case of an emergency overseas, but it would have been the first time the facility was used for the purpose, Wert said.

Wuhan is the epicenter of a new virus that has sickened thousands and killed more than 100 people. China has cut off access to Wuhan and 16 other cities in Hubei province to prevent people from leaving and spreading the virus further. In addition to the United States, countries including Japan and South Korea have also planned evacuations. Symptoms of the virus include fever, cough, and in more severe cases shortness of breath or pneumonia.

The Americans aboard the white cargo plane with red and gold stripes left Wuhan before dawn Wednesday, China time. They arrived in Anchorage at the mostly desolate North Terminal just after 9:30 p.m. Tuesday, local time. The jetway was extended from the end of the terminal, but it also had no windows. Passengers were not visible.

The passengers were isolated in the airport's international terminal, which lies mostly dormant in the winter months. The terminal is not connected to the larger and heavily used domestic flights terminal, and each has separate ventilation systems, said Jim Szczesniak, manager of the Ted Stevens Anchorage International Airport.

"In the wintertime, we have the ability and the luxury of not having any passenger traffic over there, so it's a perfect area for us to handle this kind of flight,'' he said.
Report a correction or typo
Related topics:
health & fitnessalaskahealthcoronavirusu.s. & worldchina
Copyright © 2020 by The Associated Press. All Rights Reserved.
More Videos
From CNN Newsource affiliates
TOP STORIES