The state reported 13 new deaths, hospitalizations continued to fall to 908 statewide and less than one percent of Friday's COVID-19 tests were positive.

While New York has reportedly the lowest infection rate in the U.S., other areas of the country are witnessing an alarming number of new coronavirus cases.

The spread has broken records in 12 states, as beaches in Miami are closing again and bars are shutting its doors in Florida and Texas.

In New York City, pet owners can once again see their dogs enjoy a run in the park, while recreational sports will also resume on July 6 for Phase 3.

Of the 73,262 tests conducted in New York State Friday, .96% were positive, while hospitalizations continued to fall to 908 statewide.

"While this is good news, New Yorkers cannot become complacent - we must continue to remain vigilant and smart in the fight against COVID-19. Wear a mask, socially distance - be New York Tough," Cuomo said.

Malls, movie theaters and gyms have not been cleared to reopen. Cuomo says the state is looking at whether some type of filtration system might exist which could eliminate the virus in such facilities. No such system has yet been found.

Governor Murphy reported an additional 36 deaths were among residents who had tested positive, bringing the number of deaths in the state to 13,094

NEW YORK CITY
Mayor Bill de Blasio said that the city is on track for Phase 3 to begin on July 6.

Restaurants will reopen for indoor dining in Phase 3 at 50% capacity. Personal care services like nail salons, massage, spas, tanning, tattoo and piercing, and waxing. Some 50,000 workers are expected to return to work in the city in Phase 3.

LONG ISLAND
Nassau County is reviewing options with key stakeholders for a "safe reopening of schools in September," Executive Laura Curran said. She said ultimately, the decision to open will come from the state, but she wants the county to be prepared. The number of daily new cases of coronavirus being reported in Nassau County has dropped below 1%.

Curran says the numbers have continued to drop since reopening began one month ago. She encouraged people to continue to wear face coverings and practice social distancing to mitigate the risks of COVID, just as wearing a seat belt protects people if there is an accident.

CONNECTICUT
Gov. Ned Lamont announced Thursday that Connecticut will plan for a full-time, in-school education framework in the fall, as long as public health data continues to support the model.
While Connecticut has determined reopening schools for in-person instruction can be achieved based upon the state's successful COVID-19 containment efforts, this model will be supported with more intensive mitigation strategies and specific monitoring, containment, and class cancellation plans.

COVID INCREASES ACROSS THE SOUTH

On Saturday, the state of Florida set another record in daily confirmed coronavirus cases.

In addition to Florida and South Carolina, the COVID Tracking Project reports that Nevada and Georgia also hit record high numbers of cases today (with Nevada more than doubling their highest daily total.)

Vice President Mike Pence's campaign events in Arizona and Florida this coming week have been postponed "out of an abundance of caution," a Trump campaign official confirmed to ABC News. Both states are seeing an increase in rates of positivity, hospitalizations, and deaths, according to an ABC News analysis. 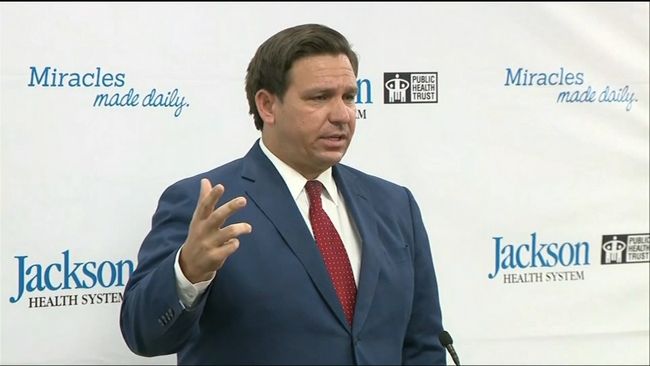