Coronavirus Updates: Travelers to NY, NJ and CT may need to quarantine 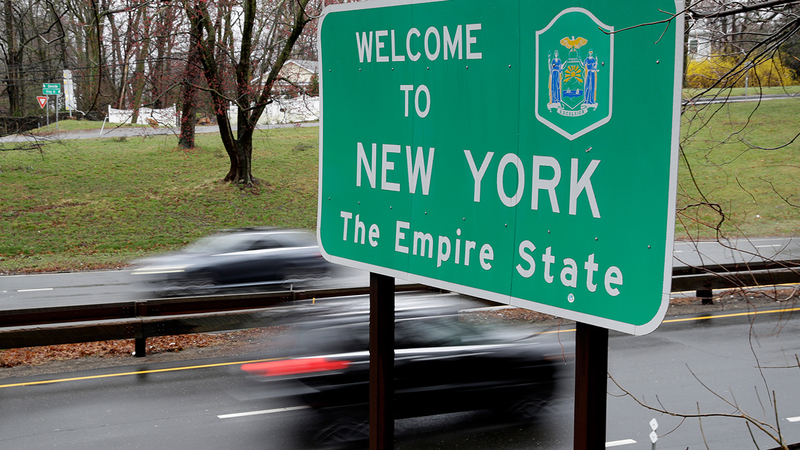 Travelers to NY, NJ, CT may need to quarantine

NY Gov. Andrew Cuomo said people coming in from states that have a high infection rate must quarantine for 14 days.

NEW YORK CITY
Mayor Bill de Blasio delivered some dire news to New Yorkers on Wednesday. He said that the city is now facing a $9 billion projected loss of revenue in the city due to the loss of tourism and commerce.

Raw Video: NYC Mayor Bill de Blasio says the city may be forced to lay off up to 22,000 employees this fall.

So far, the city has made $2 billion in cuts to agencies to help save money. Mayor de Blasio said the city needs to make another billion in cuts to meet their budget of $87 billion. He will be working with the city council and the labor movement. He said that the city is prepared to lay off and furlough 22,000 city workers as a last resort.

"We are running out of options here," Mayor Bill de Blasio said of the budget shortfall.

He added that it has become clear that a federal stimulus is not coming, and if it did the earliest would be the second half of July. He said they also have no borrowing authority yet from the state.

A bright spot, beaches will be open in New York City starting on July 1. Open Streets is also expanding with 23 more miles.

The iconic Metropolitan Museum of Art also announced that it plans to reopen by late August.

NEW YORK STATE
The Southern Tier, Mohawk Valley, Finger Lakes and North Country are poised to move to Phase 4 on Friday, which would allow an easing of restrictions on higher education and "low-risk" arts and entertainment.

Malls, movie theaters and gyms will not be cleared to reopen. The businesses had been hoping Gov. Andrew Cuomo would allow them to open their doors after a three-month shutdown bought on by the pandemic. But the decision, first reported by the Times-Union of Albany, leaves business owners uncertain of when they will be able to welcome back customers. A spokesman for Cuomo on Wednesday cited recent surges in states that have allowed a wide range of businesses to reopen.

DISNEY DELAY
Disneyland Resort announced on Wednesday that it will delay the reopening of the theme parks and hotel. There was no new date given.

Disneyland employee unions had asked the state to delay the park's expected reopening in July out of concerns for health and safety.

In New Jersey, Governor Phil Murphy announced that museums, aquariums, indoor recreation facilities including indoor bowling alleys, batting cages, shooting ranges, and the arcades along our boardwalks, and libraries may reopen at 25% capacity on July 2.

Indoor entertainment venues, such as movie theaters, performing arts centers, concert venues, and nightclubs, will remain closed. Gyms and fitness centers will remain closed as well, although individualized training sessions by appointment will be allowed.

Murphy said 317 people tested positive for coronavirus on Tuesday for a total of 169,892. in New Jersey. An additional 48 deaths bring the state toll to 12,995.

Long Beach has decided to welcome back non-residents on a trial basis. The city says it will start selling daily beach passes to outsiders starting Saturday. There will be a limited number of the non-resident passes, based on temporary capacity limits.

Kristin Thorne reports on personal care establishments on Long Island like nail salons and spas getting ready to enter Phase 3 of reopening.