Coronavirus New York: Cuomo expands vaccine eligibility to anyone over 65

The state had already dramatically expanded vaccine eligibility beyond health care workers on Monday to include people 75 and older and to police officers, teachers and other key professions. Gov. Andrew Cuomo announced the lower age eligibility Tuesday, even as a state vaccine hotline was temporarily not accepting calls due to high call volumes.

RELATED: How to get vaccinated in the Tri-State area

People were making inoculation appointments through a state website, which generates a list of nearby potential sites users can contact. Geneva Conway, an 88-year-old Albany resident, said she was still waiting for a vaccination appointment after using the website and making a round of calls to local pharmacies, the county and her doctor.

"I was on the phone, all told, for an hour-and-a-half to two hours by the time I'd finished," Conway said. "I'm 88 years old, fairly computer savvy. Another senior would not have stayed on the phone two hours, and we are the most vulnerable people."

Cuomo has blamed the short supply on the federal government, which he says is sending the state of more than 19 million people 300,000 doses a week. The Democratic governor said the state's lower age eligibility follows new federal guidance.

"Now we have 7 million people eligible, and we still have a drip, drip, drip from the faucet of federal dosage availability at 300,000," Cuomo said at his daily briefing.

Even before the eligibility age was lowered to 65, vaccines were in high demand. Two hundred doses made available in Orange County north of New York City were taken within 10 minutes of a link being provided by County Executive Steve Neuhaus on Monday.

"It's selling out quicker than your favorite rock concert," Neuhaus said, adding that some senior citizens are getting "the short end of the stick" under the online system because other groups act faster to snap up reservations.

Bernard Macias, AARP's associate state director for Long Island, said the big issue is clear instructions about signing up for vaccinations. He said AARP is directing members to the state health department's website and hotline.

People were booking appointments this week into February and March, or beyond. Seventy-three-year-old Roberta Schechter of Woodbury on Long Island said she was not able to get an appointment on her first try Tuesday.

Rachel Schertzer of Schenectady, the director of a synagogue with a nursery school, said she immediately started trying to make an appointment through the state website when selected essential workers in the "1B" category became eligible for the vaccine Monday.

The website kept crashing so she tried calling the hotline, but couldn't get through. Then she was able to get through to the website. Schertzer and her staff were then able to get appointments quickly.

"It's been less than easy, to say the least," she said. "It's the luck of the draw, you have to be at the right place at the right time."

Critics say the problem of too many people seeking too few doses has been compounded by poor planning by the state.

Dutchess County Executive Marc Molinaro said the state was gearing up for a massive undertaking without coordinating with county health departments. Molinaro, a Republican who ran for governor against Cuomo in 2018, compared it to trying to build a plane in flight while there's a perfectly good plane ready on the runway.

"The overall rollout is chaotic," Molinaro said. "It lacks coordination."

The expanded rollout kicked off this week even as the statewide distribution network was scaling up, including the pharmacies crucial to inoculations for elderly. CVS pharmacies were expected to offer vaccinations Friday. Kinney pharmacies expected to begin administering vaccines Thursday.

A series of state-run sites are poised to open too, including at the Javits Center in Manhattan on Wednesday, a drive-through on Long Island's Jones Beach on Thursday and at the University at Albany on Friday, according to the Cuomo administration.

Cuomo has warned that it will take six months to vaccinate 7 million New Yorkers if the state keeps only receiving 300,000 vaccine doses a week. He said it was unclear as of Tuesday morning how the federal government's new move would impact New York's weekly allocations.

How to get vaccinated in the Tri-State area

Interactive not displaying correctly? Click here to open in a new window.

Do you have coronavirus symptoms?
Where to get tested for COVID-19 coronavirus
WATCH: Eyewitness to a Pandemic
Centers for Disease Control and Prevention on coronavirus 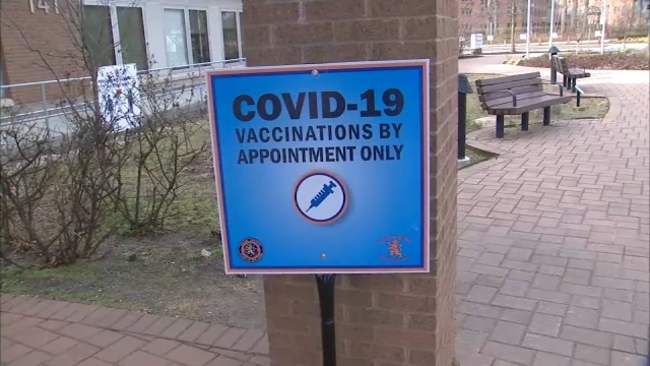 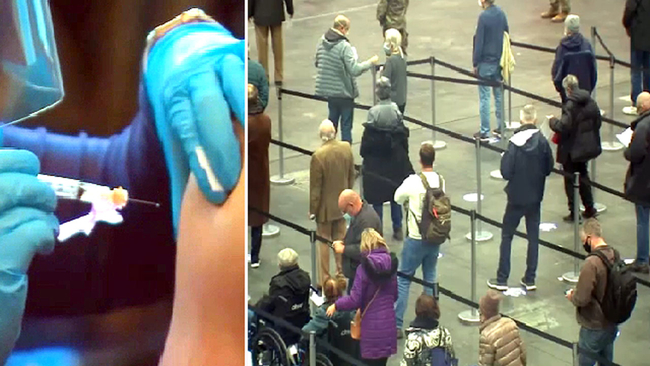