AP
France ordered the closing of just about everything the rest of the world loves about it - the Eiffel Tower, the Louvre, the cafes, restaurants and cinema - and Spain drew up plans Saturday to lock down its 46 million citizens as governments took increasingly desperate measures to put more space between people and contain the coronavirus.

More borders snapped shut around the globe: President Donald Trump announced that the U.S., which days ago barred travelers from most of Europe, will extend the ban to Britain and Ireland, where cases are on the rise. The president also said that he had been tested for the virus; the results were not immediately released.

China, meanwhile, where the scourge first appeared late last year, continued to relax its drastic restrictions, illustrating the way the center of gravity in the crisis has shifted westward toward Europe. The virus has infected more than 150,000 people worldwide and killed over 5,600.

According to a draft government order seen by The Associated Press, Spain's government planned to impose tight emergency restrictions nationwide on people's movements. 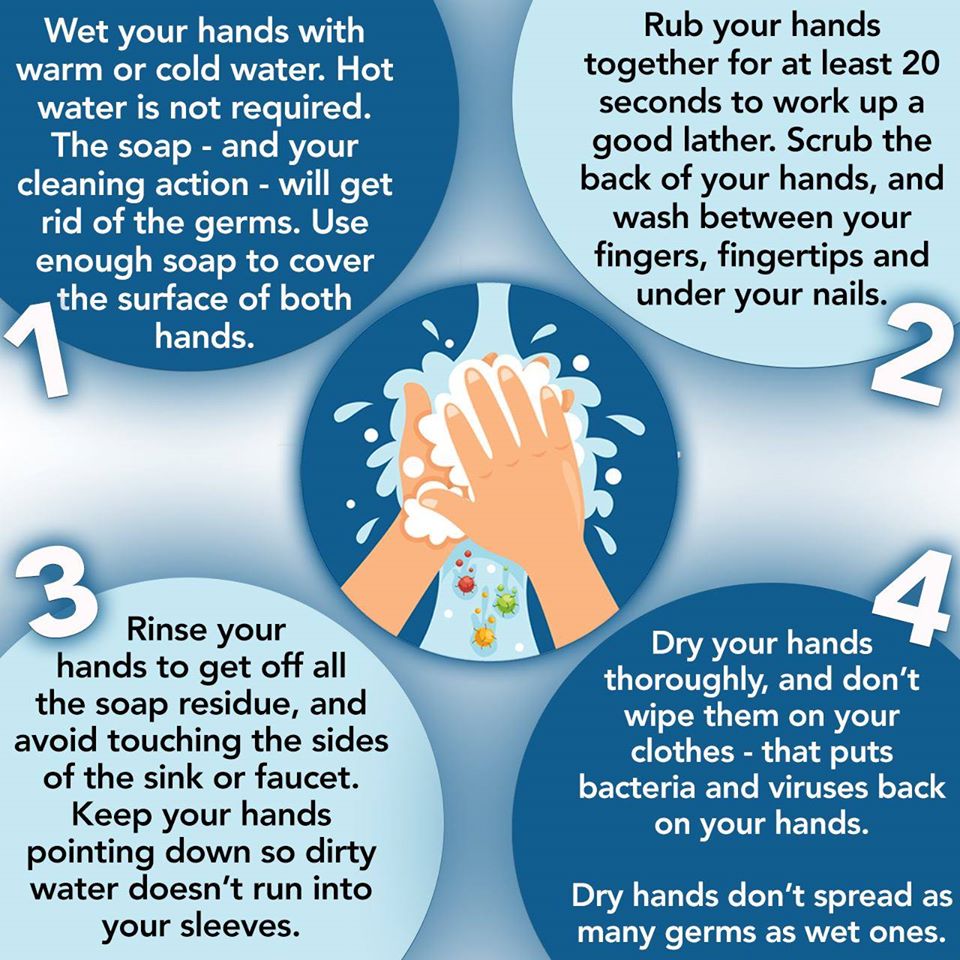 Health officials say regular and thorough hand washing is one of the best ways to reduce your risk of contracting COVID-19.

In an echo of the far-reaching measures already imposed in Italy, people will be allowed to leave their homes only to buy food and medicine, commute to work, go to hospitals and banks, or take trips related to the care of the young and the elderly. Those rules will take effect Monday morning.

Spain also planned to close all schools, universities, restaurants, bars and hotels nationwide along with nonessential stores, a step some regions have already taken.

Spanish authorities said the number of infections climbed past 5,700, half of them in the capital, Madrid. That represents a national increase of over 1,500 in 24 hours. The country had 136 deaths, up from 120. Spain has the fifth-highest number of cases, behind China, Italy, Iran and South Korea.

Shoppers packed supermarkets in Spain in the morning despite pleas for calm from authorities. But overall, the normally bustling streets of the country's two biggest cities were noticeably quieter as the message sank in that social distancing is the only way to stop the pandemic.

"We had to close and remain shut for 15 days," restaurant owner Rachel Paparardo said in Barcelona. "But this is nothing. It is just so more people don't get infected and we can recover from this."

Some flights bound for Spain turned around as word spread of the lockdown.

The U.S. and other Western countries are moving rapidly to prevent their health systems from collapsing under the caseload.

In Italy, the worst-hit European country, the number of deaths climbed past 1,400 and infections surged roughly 20 percent overnight to more than 21,000 because of what authorities characterized as irresponsible behavior by people still socializing despite the nationwide lockdown. Many Italian cities, including Rome and Milan, decided to close playgrounds and parks, too.

Premier Giuseppe Conte has said production - particularly of food and health supplies - must not stop. On Saturday, union and industrial leaders reached an agreement to keep factories running.

But luxury sports car maker Ferrari said it was suspending production at two plants, citing concern for its employees and serious disruptions in the flow of supplies.

At noon, people around Italy came out on their balconies, terraces or gardens or leaned out their windows to clap for several minutes in a gesture of thanks to medical workers.

Paris followed other cities in shuttering major tourist attractions, and France announced it was closing all restaurants, cafes, theaters and nonessential shops starting Sunday. France has recorded at least 3,600 infections. It has banned all gatherings of more than 100 people, ordered all schools closed and asked companies to allow workers to stay home.

France pressed ahead with plans for nationwide municipal elections on Sunday but ordered special measures to keep people at a safe distance and to sanitize surfaces. Voters were advised to bring their own pen to sign the voting register.

In Britain, the death toll nearly doubled from the day before to 21, and the number of people infected rose to over 1,100. Ireland had 90 confirmed cases and one death as of Friday. Greece's infection total approached 230 with three deaths, and police there arrested 45 shopkeepers Saturday for violating a ban on operations.

The U.S. reported 51 deaths - including the first in New York - and more than 2,100 cases. In hard-hit Washington state, where 37 have died and 560 have been infected, officials said the disease is straining the supply of protective gear available to medical providers despite shipments from the federal government.

For most people, the coronavirus causes only mild or moderate symptoms, such as fever and cough. For some, especially older adults and people with existing health problems, it can cause more severe illness, including pneumonia. The vast majority of people recover in a matter of weeks.

Coronavirus vs. cold vs. flu

European countries moved to isolate themselves from their neighbors.

Denmark closed its borders and halted passenger traffic to and from the country. Travelers will be turned away at the border if they are unable to show that they have "a legitimate reason" to enter - for example, if they are Danish citizens or residents.

"I know that the overall list of measures is very extreme and will be seen as very extreme, but I am convinced that it's worth it," Danish Prime Minister Mette Frederiksen said.

Poland planned to close is borders at midnight and deny all foreigners entry unless they lived in Poland or had personal ties there. The Czech Republic and Slovakia took similar action. Lithuania said it was introducing border checks at the frontiers with Poland and Latvia.

Russia said its borders with Norway and Poland will be closed to most foreigners beginning Sunday.

In the Pacific, New Zealand announced that incoming passengers, including citizens, will be required to isolate themselves for 14 days, with few exceptions.

In the Philippines, thousands of police, backed by the army and coast guard, started sealing the densely populated capital of Manila from most domestic travelers Sunday in one of Southeast Asia's most drastic containment moves against the virus. Authorities also announced a night curfew in the metropolitan area of 12 million people.

The measures increasingly mirror those taken by China, which in January quarantined more than 60 million people, starting with the epicenter, Wuhan, in the province of Hubei.

The spread of COVID-19 in China has slowed dramatically, according to the National Health Commission. After reporting thousands of new cases per day only a month ago, the commission said Saturday that there were 13 new deaths and just 11 new cases, including people who recently arrived in China from other affected countries like Italy. Coronavirus: How would hospitals decide who to treat first?