"New Yorkers have worked hard to flatten the curve, but the bars and restaurants that ignore public health guidance are disrespecting their sacrifices which have saved lives while allowing us to sustain the reopening of our economy," Cuomo said. "Local governments must enforce the law, but the task force has stepped up its efforts and with these additional suspensions we are sending a clear message that the State will not hesitate to take action against businesses that put New Yorkers' health and safety at risk."

Seven establishments were issued emergency orders of summary suspension from the State Liquor Authority Board following a meeting on July 30:

"Atlantic Bar" at 84 Croton Avenue in Ossining
The SLA received a referral from the Village of Ossining Police Department regarding an incident at the establishment on July 24th. On that date, officers observed several patrons congregating outside, with the front door to the business locked. Officers had the owner open the front door, where they observed numerous patrons inside drinking and mingling with no facial coverings and no food being served.

"The Village Line" at 1809 Kenmore Avenue in Kenmore
On July 24th, in response to complaints that the premises does not serve food, an SLA investigator entered the tavern and observed three patrons seated at the bar drinking alcohol without food. After requesting a menu from an employee, the investigator was told he could go next door for pizza and bring it back to the bar -- an admission that no food was available. The tavern was charged with violating Executive Order 202.52 for serving alcohol without food, in addition to a charge of "non bona fide" for not having food available, which has been a requirement of all licensed taverns dating back to 1964.

"Hi Life Bar & Grill" at 477 Amsterdam Avenue in Manhattan
On July 29th, investigators with the state's multi-agency task force observed patrons seated and being served inside, under a permanent structure, in violation of the NYS Department of Health's interim guidance for outdoor service.

"Bar Tabac" at 128 Smith Street in Brooklyn
On July 24th, investigators with the state's multi-agency task force observed seven employees without facial coverings, including the premises' manager, a bartender, the host, and four members of the kitchen staff. The licensee was well aware of the requirements, with prior violations of the Governor's Executive Orders in June. On Thursday, employees said they were unaware the State Liquor Authority was about to shut them down.

"Republic" at 33-29 Astoria Boulevard in Astoria
On July 24th, investigators with the state's multi-agency task force observed the premises open and operating at 12:30 am, in violation of New York City's 11 p.m. curfew for outside service, and with a large number of patrons consuming alcohol and smoking hookah on the sidewalk, interspersed with seated patrons, all directly in front of the premises.

"Kabu Bar Lounge" at 85-09 Northern Boulevard in Jackson Heights
On July 24th, investigators with the state's multi-agency task force observed 25 patrons standing, drinking and congregating in front of the premises, ignoring social distancing regulations, and being served by a waitress without a facial covering. Kabu Bar Lounge is a repeat offender, with pending charges for EO violations on June 26th and 30th.

"Lalile Steakhouse" at 91-01 91-05 Astoria Boulevard in East Elmhurst
On July 25th, investigators with the state's multi-agency task force observed at least 17 patrons standing and drinking in front of the premises, without facial coverings or observing social distancing guidelines. The SLA also has a referral from the NYPD describing a large number of patrons drinking in front of the premises after New York City's 11 p.m. curfew for outside service on July 18th, including patrons drinking, standing, and congregating.

The emergency suspensions were ordered by Chairman Bradley, Commissioner Lily Fan and Commissioner Greeley Ford at a special meeting of the Full Board on July 30th conducted by a digitally recorded video under social distancing guidelines. 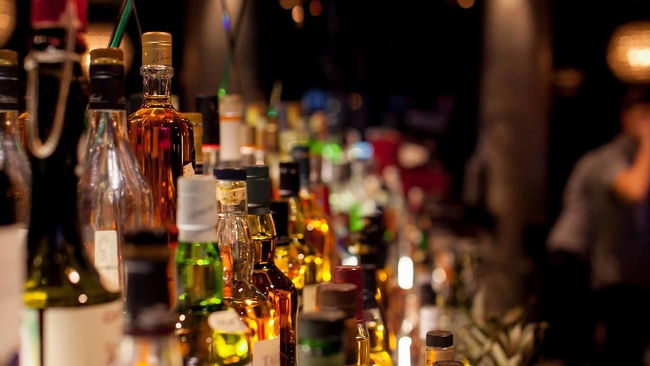 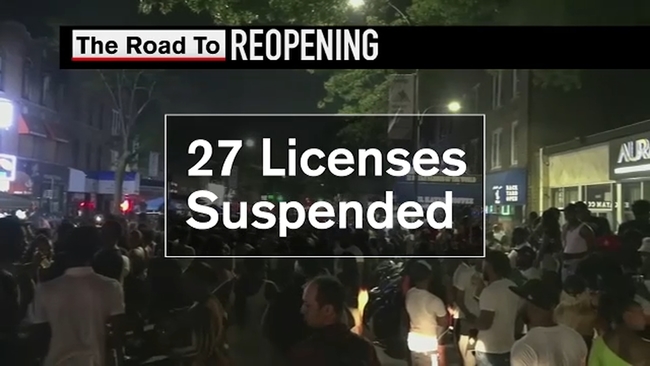 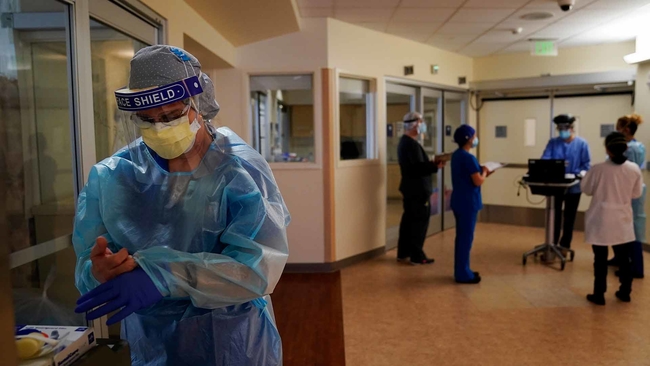 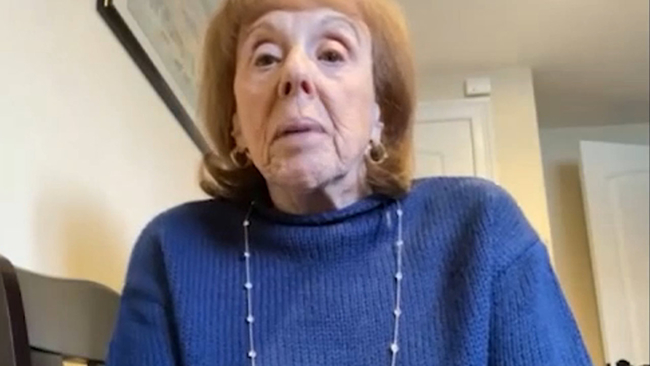