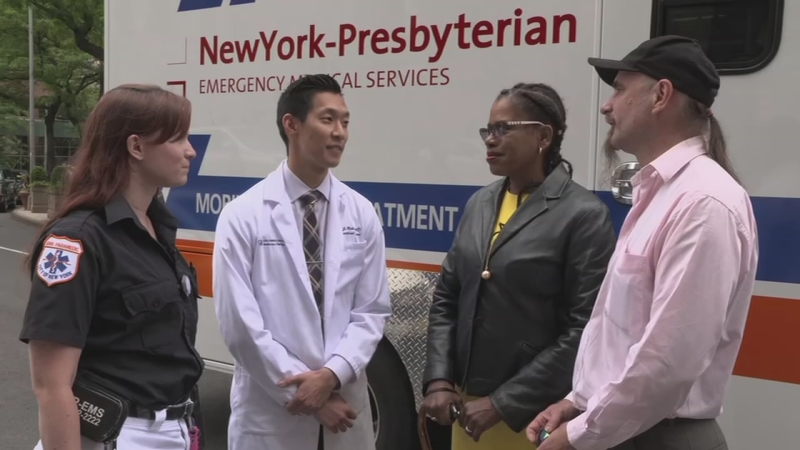 NEW YORK -- WABC is taking you inside NewYork-Presbyterian for a look at some extraordinary stories that we call Medical Marvels. It's WABC's Emmy-nominated digital series exclusive to abc7NY.

Eliana Marcia, a well-known professional singer from Brazil, had a history of strokes in her family. Recently during a performance, Eliana suddenly had problems with moving her right arm and realized she was having a stroke. It wasn't the first time. Lucky for her, her husband instantly called 911 and that triggered a call to NewYork-Presbyterian's new Mobile Stroke Treatment Unit (MSTU).

Eliana had experienced a stroke on the left side of her brain which caused weakness and paralysis on her right side. In the Mobile Stroke Treatment Unit, an ambulance equipped with a portable CT scanner and medications used to treat stroke, she was assessed and treated rapidly on site with a clot dissolving medication called tPA. This treatment was administered by Dr. David Roh, within 1 hour and 11 minutes from symptom onset, thereby reducing the long term damage that could have occurred.

After stabilization, she was discharged to acute rehab and subsequently her paralysis on her right side diminished. Eliana is doing well, home from rehab, and walking again. She is happy, still has her voice, can communicate, and says, "We have like a second chance!"