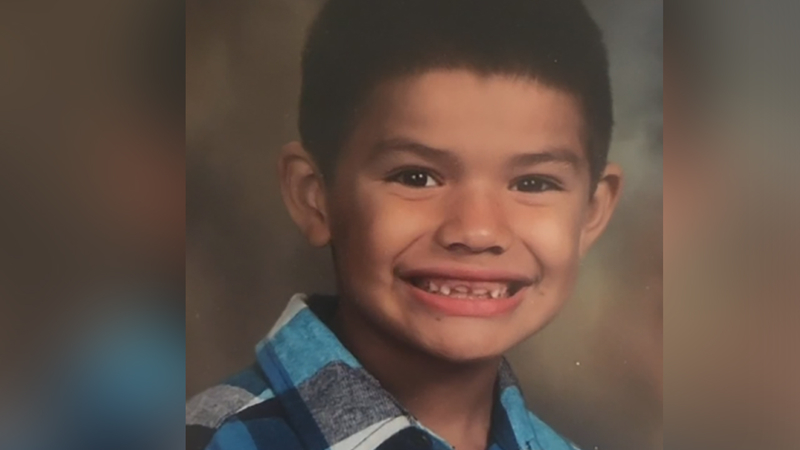 SAN BERNARDINO, Calif. -- A 7-year-old in Calfornia died of a condition related to the flu and his mother wanted to share his story as a warning to other parents about the deadly illness.

Juanita Vidana said it started on New Year's Eve. She provided a school picture of her son, Cisco Galvez. He was having breathing problems, so they went to the emergency room in San Bernardino and they weren't alone.

"It was full of people coughing and sneezing - everybody was there for the flu basically," Vidana said. "It happened so fast, in days, in a matter of days. I never expected it. He was very healthy."

Vidana said doctors thought it was related to Cisco's asthma. He was then treated and released. But on Wednesday, his condition worsened. Cisco had a fever, extreme fatigue and a terrible stomach ache.

That's when they went back to the E.R.

"He said, 'Mom, I just want to go home and sleep on the couch. I want to lay and stretch my legs. I love you.' I told him I loved him and that I would bring him home as soon as they gave him the medicine and he was better," Vidana said.

But Cisco did not get better.

"They were going to send him to the ICU in Loma Linda and he didn't make it," his mother said.

Her doctor said it was myocarditis, a heart condition which often results from the flu, according to Dr. Adrian Cotton at Loma Linda University Health.

"It's a very well-known complication of influenza. Again, it doesn't happen very often, but when it happens it's very bad," he said.

He added that this is the worst flu season in 15 to 20 years. In just a few weeks, it's now widespread in almost every state in the U.S.

"Most people think of the flu as a cold, you know, 'I'm going to get over it.' Hopefully, people get over it but not everybody does," Cotton said.

Cisco's family set up a GoFundMe account. They said he was a good student with a big smile who was always there for his sisters.

"He would always want the best for me and my sister and the baby," his sister said.

A day after Cisco's death, Vidana was back in urgent care with her 9-year-old daughter and 5-month-old son, who both showed flu-like symptoms. She said she wanted to be on the safe side because her kids did not get flu shots this year.